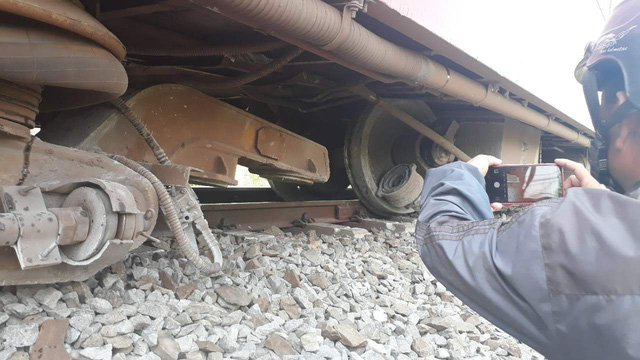 A train traveling along the Vietnamese arterial railway derailed on Saturday, disrupting traffic on both lines but causing no fatalities.

The northbound SE8 train ran off its track at around 9:00 am about four kilometers away from the Suoi Van Station in Binh Thuan Province.

The disengagement occurred at the sixth carriage, sending it lurching from side to side, but all passengers were safe.

A rescue train from Nha Trang, further to the north, was then dispatched to the scene.

Multiple other passenger trains had been waiting at nearby stations for the traffic to return to normal.