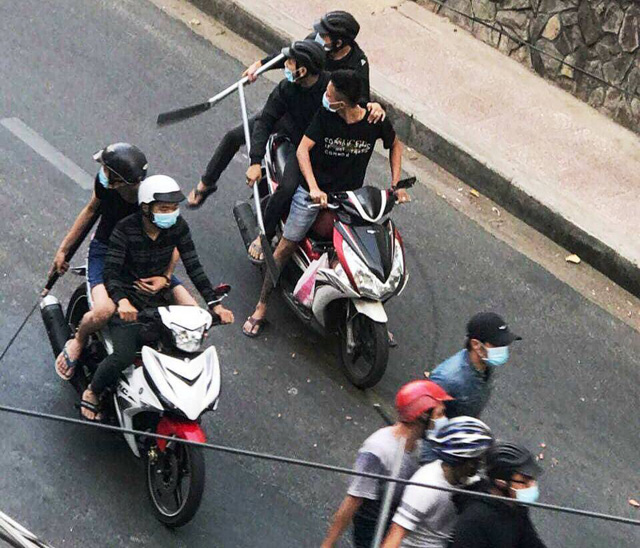 Five suspects have been held for investigation into the violent confrontation that happened along the section of Truong Sa Street near Le Van Sy Bridge in District 3 at around 5:00 pm, local police confirmed later the same day.

The armed fight involved more than 20 masked men, apparently members of two different gangs, who fought each other using knives and machetes.

Some of the men were also seen joining in the brawl with what appeared to be a gun, according to eyewitnesses.

Many commuters on the street had to change their direction after seeing the fight, whereas panicked locals in the neighborhood immediately locked their doors for their own safety.

Some witnesses managed to take photos of the confrontation and posted them on social media.

Eyewitnesses also said some of the gang members were injured after the fight.

Police officers later arrived at the scene to resolve the situation, arresting five suspects and gathering statements from local residents.

Initial information showed that the fight involved gang members from the northern city of Hai Phong.