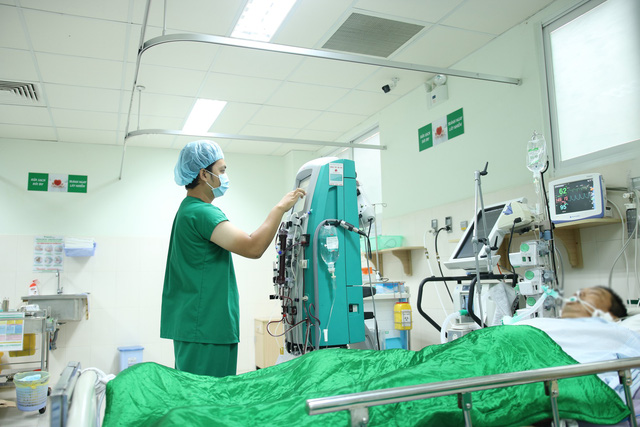 A man in Vietnam’s Mekong Delta region is recovering from internal organ failure brought on by hundreds of bee stings.

On April 17, T.V.T., a  Hau Giang Province resident, was attacked by a swarm of bees alongside a local road after approaching their hive in an attempt to collect honey.

They chased the 53-year-old until he arrived at his house, where family members helped drive the swarm away.

T. was immediately taken to nearby Hoan My Cuu Long Hospital in neighboring Can Tho City. By the time he arrived at the hospital, he had been verging on unconsciousness with slow and faint respiration.

Doctors used intubation, the process of placing a plastic tube into the windpipe to ease air flow, to improve the patient's breathing, but T.’s condition continued to worsen as his blood pressure became immeasurable and his heart rhythm continued to slow.

The situation began to improve after doctors performed cardiopulmonary resuscitation – an emergency procedure that aims to maintain the normal working of the heart and lungs.

The doctors then removed around 250 stingers from the man.

A medical examination showed that T. suffered from multiple-organ failure, with reduced liver and renal activity and damaged cardiac muscle.

Doctors also continuously purified his blood to eliminate poisonous substances and attached an artificial cardiac pacemaker, a device which he may need to rely on the rest of his life.

The patient has nearly returned to normal, except for a weakened heartbeat, doctors said earlier this week.