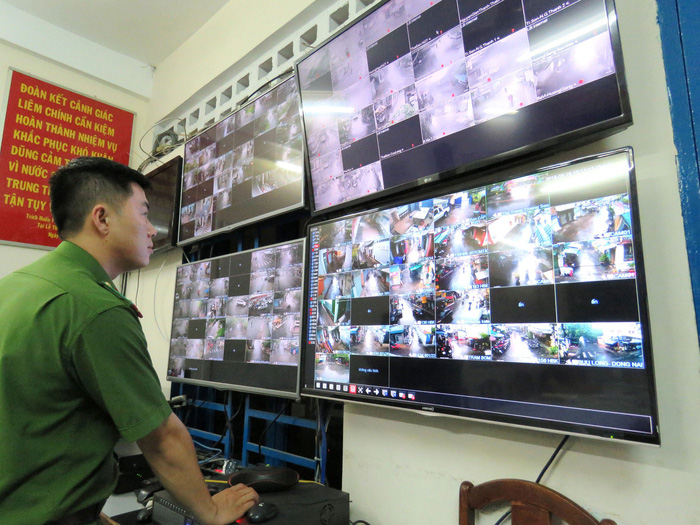 Thanks to evidence provided by the cameras, officers in the southern metropolis have been able to solve more cases in a prompt manner.

In the recent attack by two motorbike thieves that killed two ‘street knights’ and injured three others, images from CCTV installed in the neighborhood were deemed the most important lead in police investigation.

The incident happened in District 3 on the night of May 13 and officers were able to capture both suspects, 24-year-old Nguyen Tan Tai and Nguyen Hoang Chau Phu, the following day.

According to an investigator, police officers could not find any significant information at the crime scene as the criminals were professional.

However, they were still able to close the case thanks to statements from eyewitnesses and, most importantly, footage from the local security camera network.

Similarly, police in District 11 were able to rescue two Vietnamese-American girls just 40 hours after they were kidnapped in early March.

According to Colonel Nguyen Sy Quang, chief of staff and spokesperson of the municipal Department of Police, security camera systems play a highly significant role in ensuring social order and safety.

There are tens of thousands of cameras across the city, most of which belong to local residents and businesses, Col. Quang said.

The others are operated by police units, the transport sector, and national radio station Voice of Vietnam, all of which are monitored at the command center of the municipal Department of Police.

Truong Hoai Phong, chairman of the People’s Committee in Ward 15, District 10, said that the local administration has been encouraging residents to contribute their money to the installation of CCTV along major routes in the neighborhood since 2016.

About 150 devices have been equipped so far, Phong said, adding that they are supervised at the ward’s police station, where officers take turns to work around the clock to promptly deal with potential crimes.

Similarly, more than 2,000 security cameras have been installed across 16 wards in Go Vap District thanks to the efforts of local authorities and citizens since 2013.

According to Lieutenant Colonel Le Thanh Hung, a security camera can stay in good use for two to four years, depending on its quality and price.