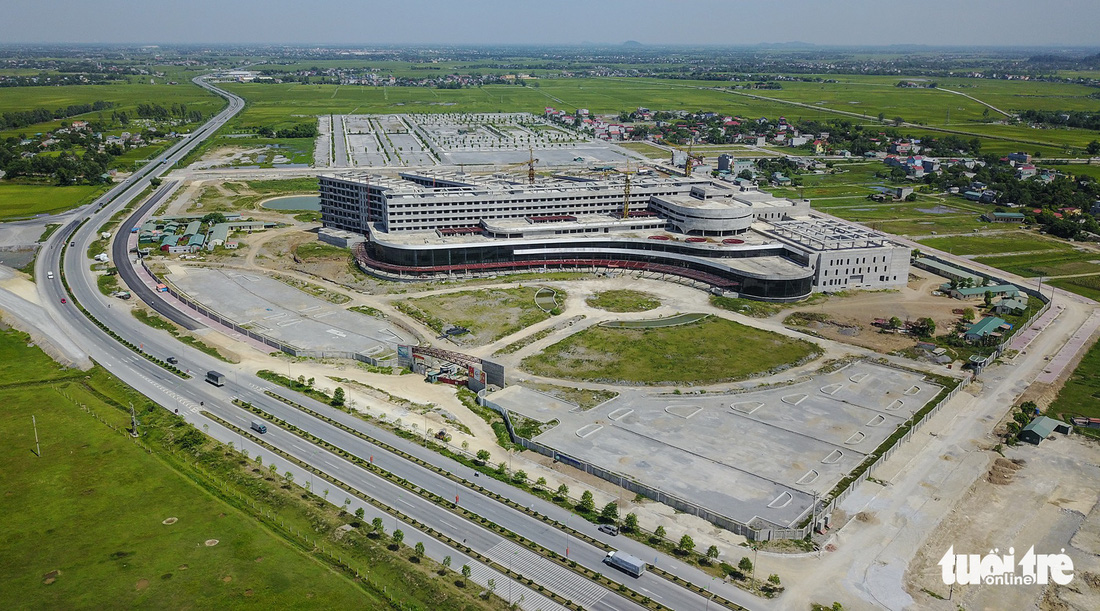 Two major hospital projects in the northern Vietnamese province of Ha Nam, whose investment totals VND9 trillion (US$396 million), are nowhere near completion after their construction started four years ago.

The construction of the second facilities of Bach Mai Hospital and Vietnam - Germany Hospital began in Liem Tuyen Commune, Phu Ly City in 2014 and has been halted over the past 18 months due to unclear reasons.

According to Deputy Prime Minister Vuong Dinh Hue, the two hospitals may become loss-making projects given the current pace of their implementation.

Covering an area of about 21 hectares, the Bach Mai Hospital 2 is designed with 1,000 beds.

At a cost of VND4.5 trillion ($198 million), the infirmary was originally scheduled to become operational in December 2017.

The project costs about VND4.5 trillion and was expected to be put into operation in December 2016.

According to the observation of Tuoi Tre (Youth) newspaper reporters on May 25, several buildings had been erected within the construction sites of the two infirmaries.

However, there have been no workers at the construction site of the Bach Mai Hospital 2 over the past months, local residents said.

Meanwhile, on a few laborers were spotted at the site of the Vietnam - Germany Hospital 2.

Here are some images at the construction site of the second facility of Bach Mai Hospital:

Here is a closer look at the construction of the Vietnam - Germany Hospital 2: