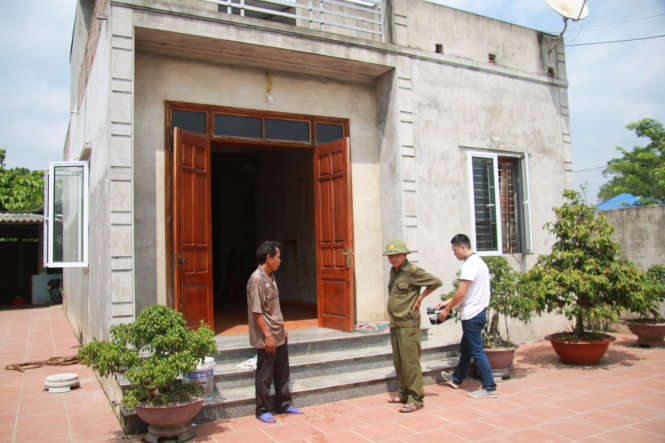 Police in the northern Vietnamese province of Thai Nguyen have arrested a man for allegedly stabbing to death three people and seriously injuring four others.

Preliminary information showed that Tien suddenly woke up on the morning of the same day before carrying a knife toward the home of his neighbor, 52-year-old Nguyen Van Bich.

Bich was stabbed by Tien as soon as he opened the door. He survived but suffered severe wounds.

Bich’s wife, 49-year-old Tran Thi Hang, came to help her husband as she heard his scream and was also attacked. Hang died shortly after the assault.

After noticing Nguyen Van Hoat, who lived next door, open his door, the attacker rushed toward him and stabbed him to death, along with the victim’s 13-year-old son, Nguyen Van Hinh.

The slaughter continued as Tien climbed over the fence of another home and stabbed Nguyen Thi Ngot, her husband, and their five-year-old son, causing them to be injured.

Local residents heard the victim’s screams for help and seized the attacker.

Tien admitted his crime at the police station, claiming he had regularly suffered insomnia over the past month, which resulted in mental disorders.

He mentioned his recent conflicts with Bich and Ngot as well as his intention to “have his vengeance.”

Tien was also unable to sleep due to insomnia the night before the killing spree.

Major General Nguyen Nhu Tuan, director of the provincial Department of Police, said during a press conference that the attacker showed signs of paranoia.

Following the violence, three people died while four others are being treated for serious injuries.

According to Thai Quang Hai, vice-chairman of the People’s Committee in Phu Binh District, the news came as a surprise because Tien is always kind and friendly to his neighbors.

The man does not have mental health records, Hai continued, adding that he is married with two children.