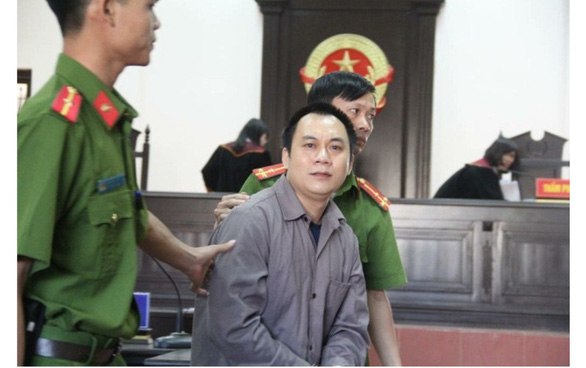 A judicial committee of the People’s High Court in Hanoi on Friday canceled a prison sentence handed down to a truck driver involved in a deadly accident with a reversing car and demanded a fresh probe into the case.

On November 19, 2016, a semi-trailer truck collided with a compact minivan on the Hanoi-Thai Nguyen Expressway in northern Vietnam, killing five passengers in the car.

The car was carrying more passengers than allowed and was moving backward in reverse gear on the high-speed road, trying to reach an exit it had missed.

A court in the northern province of Thai Nguyen in May sentenced truck driver Le Ngoc Hoang, 33, to eight years and car driver Ngo Van Son, 40, to ten years behind bars.

Hoang and Son's sentences were on November 2 commuted to six years and nine years in prison, respectively, after the second-instance court considered their appeals.

The two are responsible for paying combined compensation of VND1.2 billion (US$51,000) to families of the victims.

Legal debate erupted in Vietnam after the verdict was reached, with lawyers arguing that Hoang should not be found guilty of “failing to maintain a safe trailing distance”, for it was nearly impossible to calculate such distance when the car in front of him was moving backwards.

On November 21, the People’s High Court of Hanoi filed for cassation review of the sentences.

The court’s judicial committee accepted the cassation review on Friday and declared the cancelation of the first-instance and second-instance sentences reached by the People’s Court in Thai Nguyen, according to Pham Van Ha, chief justice of the High People’s Court in Hanoi.

In Vietnam’s court system, the Supreme People’s Court holds the highest power, followed by three People’s High Courts based in Hanoi, the central city of Da Nang, and Ho Chi Minh City, which hold the power to cancel verdicts reached by lower-level courts.

“There remain issues to be clarified in order to have sufficient legal and scientific evidence for a comprehensive and subjective evaluation of Hoang’s alleged violations,” the Hanoi court said in a statement.

Factors such as the point of impact and distance between the two cars when Hoang first applied his brakes need to be re-evaluated to determine both drivers’ role in the accident, the court said.