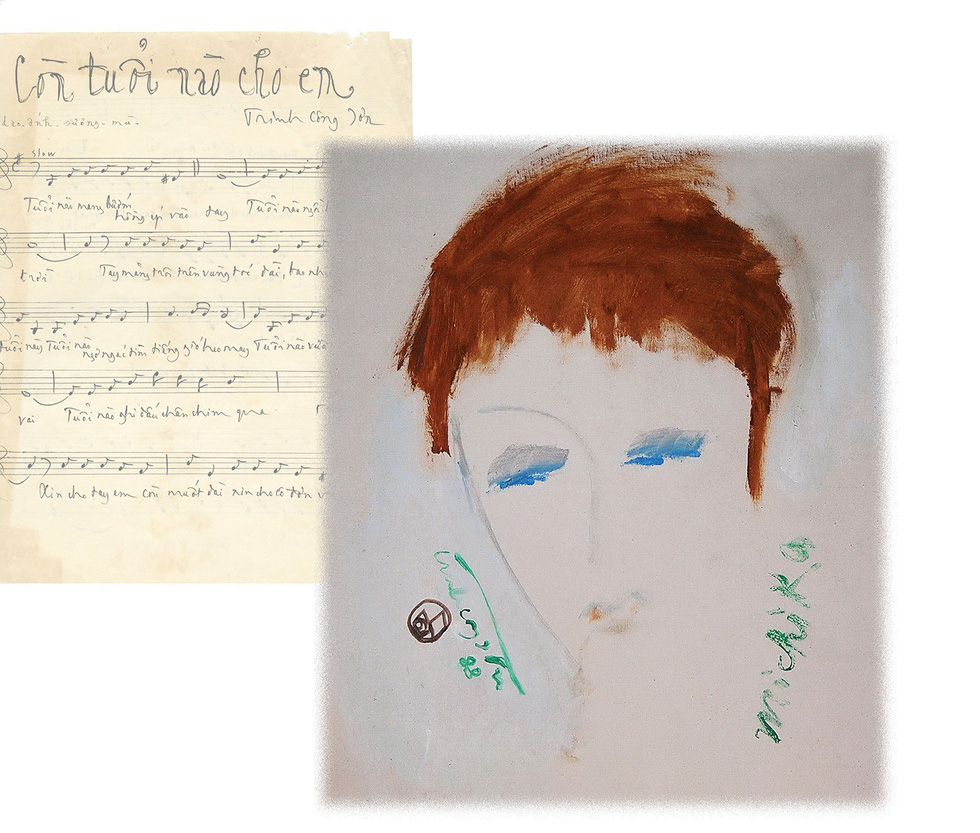 An entire posthumous collection of paintings by revered Vietnamese songwriter Trinh Cong Son will be printed for the first time on wall calendars designed by a person who died earlier this year.

The calendars for 2019 feature handwriting and 13 paintings of the versatile composer, who was a prominent figure in Vietnam’s music firmament in the last decades of the 20th century, along with Pham Duy and Van Cao.

The pictures are untitled but the group who made them said giving a name was unnecessary.

With friends, Son put his paintings on public view, some of which then appeared on music collections but the remaining have been kept in his room.

The idea of creating calendars about Son germinated in the mind of Vietnamese journalist Nguyen Ngoc Chuc and poet Nguyen Duy when they were going to open a memorial house for him at 47C Pham Ngoc Thach Street in Ho Chi Minh City.

They wanted Son’s paintings to reach the public more easily.

Upon their request, a young man named Nguyen Duy Son volunteered to design the Trinh Cong Son calendars as a way to pay tribute to the songwriter he admired.

He died in April in an accident after completing the products.

Born in 1939, Trinh Cong Son was a prolific songwriter, composing over 600 songs which thematically range from love, human fate to war sorrow.

Most of the songs are about love, conveying melancholy and elements of symbolism.

His music remains popular with Vietnamese people, young and old, many years after his death in 2001.

He is considered by the global media as the Vietnamese equivalent of Bob Dylan – an influential American popular music songwriter.