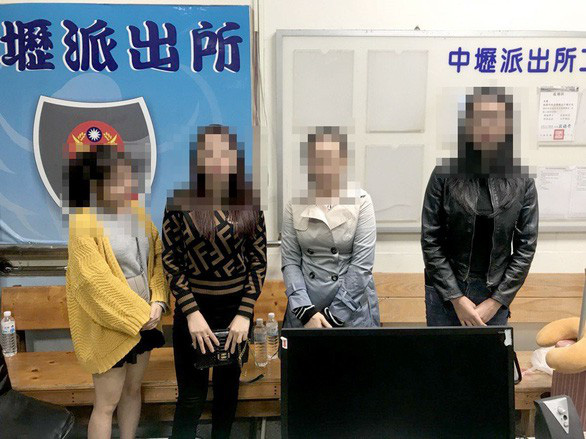 Taiwanese authorities have tracked down 17 Vietnamese out of 148 who arrived on tourist visas over last weekend and became unaccounted for after checking in to hotels in Kaohsiung.

Five of those located told local police they had arrived in Taiwan with the intention of staying there to work illegally.

A total of 153 Vietnamese nationals arrived in Kaohsiung over that weekend, all but one of whom went missing after checking in to two hotels in Kaohsiung, according to Taiwan's National Immigration Agency (NIA).

The NIA later said it had established contact with one who was previously reported missing, while three others had apparently left the island before Tuesday, according to Taiwan’s Central News Agency.

With the arrest of 17 rogue tourists, the number of Vietnamese nationals remaining unaccounted for in Taiwan has been reduced to 131 as of Friday afternoon, Hong Kong-based newspaper Apple Daily reported the same day.

Police said they suspect an organized human trafficking ring is behind the missing tourists, who were issued visas under an initiative launched three years ago to attract more visitors to Taiwan from South and Southeast Asia.

Rumors have surfaced on Taiwanese social media claiming some of the Vietnamese women who went missing have been spotted working as prostitutes at a Kaohsiung brothel, Taiwanese news website ETtoday reported.

The place, known informally as the ‘Shark’s Fin Brothel,' is notorious for its shrouded prostitution activities that hide behind a skincare clinic.

A netizen on the Taiwanese online forum PTT revealed that a friend recently visited the infamous brothel and, for the price of US$52, received the services of a newly arrived Vietnamese sex worker, Taiwan News reported.

During a chat with the woman, she said that she had just gotten off the plane a few days earlier and she had been taken to work in Kaohsiung, the netizen claimed.

He estimated that the woman had started working in the brothel at about the same time when the Vietnamese tourists disappeared from two hotels in the city, and suspected that she was being exploited by a snakehead or human smuggling ring to work in the brothel.

However, after a raid on the facility on Thursday afternoon, Kaohsiung police confirmed none of the workers there were among the 148 rogue Vietnamese tourists.

Nine of the female employees who were working there at the time of the raid were of Vietnamese origin, but they are all naturalized Taiwanese citizens, police said.

As of 5:00 pm on Thursday, the original post of the netizen who accused the missing female Vietnamese tourists of working as prostitutes had been removed.