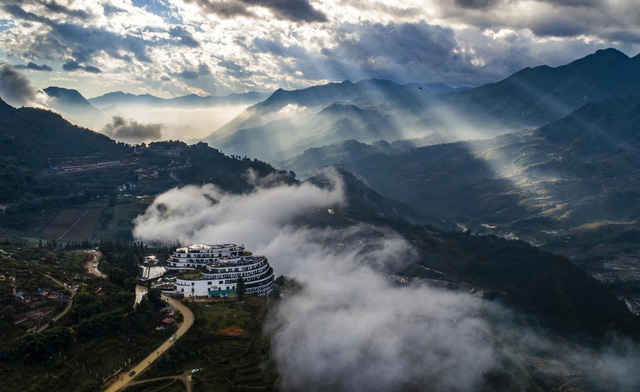 Authorities in the northern Vietnamese province of Lao Cai have requested financial support worth more than US$132 million from the central government's budget for the construction of an airport near its famed resort town of Sa Pa.

The provincial administration has submitted a proposal to the prime minister regarding the investment in the airdrome, which is expected to be located in Cam Con Commune, Bao Yen District, about 120 kilometers west of Sa Pa.

The facility will cover an area of 371 hectares and is estimated to cost over VND5.9 trillion ($253.7 million).

The project will be implemented under a public-private partnership (PPP) model.

PPP is a government service or private business venture funded and operated through a partnership of government and one or more private sector companies.

In the document, the Lao Cai administration asked the central government to channel VND3.088 trillion ($132.7 million) from the national budget into the construction of the runway, taxiway, apron, and roads leading to the airport.

The remaining VND1.772 trillion ($76.1 million), to be used for the development of the airport’s civil aviation zone and a fuel depot, will be funded by the private sector.

The venue is designed to handle 2.5 to three million passengers each year and to be able to receive such aircraft as A320, A321, and similar ones.

According to the provincial administration, the construction of the Sa Pa airport is necessary for the province’s economic and tourism development plans.

The facility is also in line with the government’s plan for airport development across the country by 2030.

Located some 320km northwest of Hanoi, Sa Pa is famous for its tranquil and romantic atmosphere and marvelous natural landscapes.

The touristic town is accessible within a 3.5-hour journey from the Vietnamese capital via the Hanoi - Lao Cai Expressway.