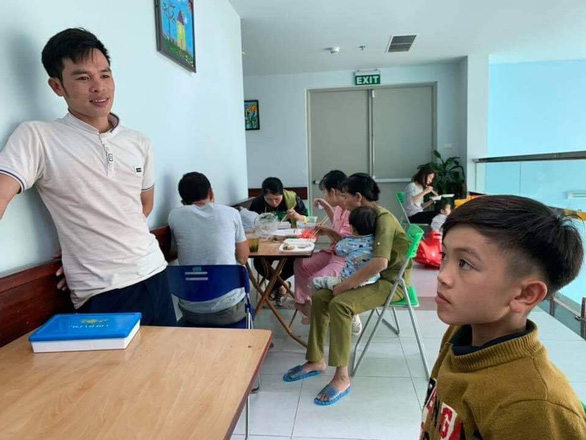 A 13-year-old boy has failed in his attempt to travel 300km on a bicycle from his hometown to see his ill younger brother in Hanoi, not knowing in the first place that it was that far.

Vi Quyet Chien took doctors at the Hanoi-based Vietnam National Children’s Hospital by surprise when they saw him at the infirmary with a bicycle on Tuesday morning.

Chien’s father, Vi Van Nam, said that on Monday afternoon the boy decided to travel from Son La Province to the hospital on the bicycle he used to get to school after he was told that his two-year-old brother had been transferred to the institution.

Chien did not know how far it was from his home in Son La to Hanoi, so he just kept pedaling along a national highway and occasionally stopped to ask for directions along the way.

The Vietnamese capital is located around 300km east of Son La.

As the bicycle’s brakes failed to work, Chien had to take off one of his shoes and press it against one of the wheels to stop the vehicle from moving downhill too rapidly.

The boy fainted on the road when he was in Son La’s neighbor Hoa Binh Province on the evening of the same day, after covering a distance of 103km.

Passing drivers found the boy and stopped to tend to him.

They also offered him food, made a phone call to his father and carried him and the bicycle from Hoa Binh to Hanoi, before giving him to the care of his father on Tuesday morning.

Chien saw his brother and had lunch at the hospital before his father took him back home in a car.

The doctor who examined the baby volunteered to cover all the ride costs and bought a new pair of shoes for him.

Another doctor told Tuoi Tre (Youth) newspaper that the boy’s calves were swollen from the long-distance pedaling.

“The journey was very dangerous but he’s admirable,” the doctor said, adding the child comes from a poverty-stricken family.