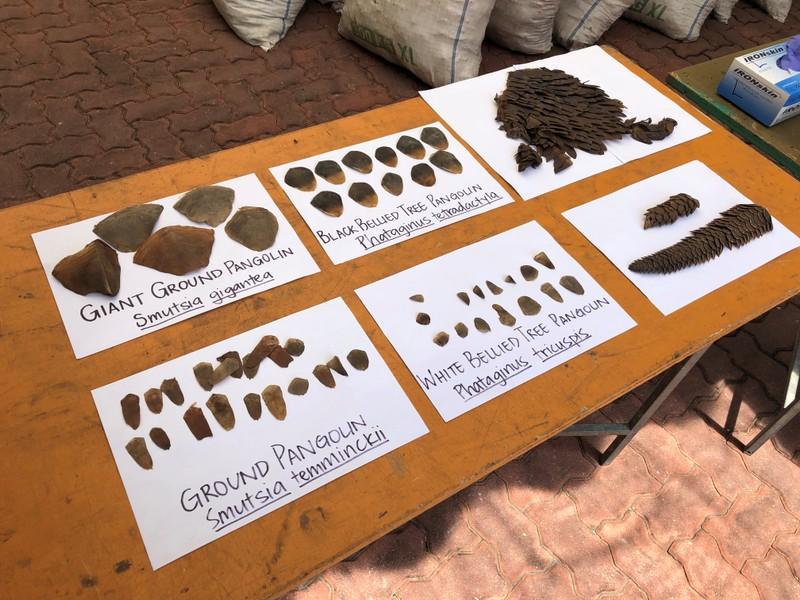 SINGAPORE - Singapore has seized 12.9 tonnes of pangolin scales found in a shipping container destined for Vietnam, the biggest seizure of its kind globally in five years, authorities said on Thursday.

The scales of pangolin, the world’s most poached animal, were found on Wednesday packed in 230 bags in the container along with 177 kg (390 lb) of elephant ivory.

“The shipment was declared to contain frozen beef and was on the way from Nigeria to Vietnam,” Singapore Customs and the National Parks Board said, estimating the total value of the animal parts at more than $38 million.

Pangolins, also known as scaly anteaters, are critically endangered. They are coveted for their meat — considered a delicacy — and scales used in traditional Chinese medicine to treat aliments from cancer to arthritis.

Wednesday’s seizure was the largest single haul of scales globally in five years and estimated to have come from 17,000 pangolins, the parks board said.

About 100,000 pangolins are poached from the wild each year, with all eight species in Africa, and especially Asia, now under threat, according to conservation group WildAid.

Conservation groups say Singapore is a transit point for the illegal wildlife trade.

The city-state is a signatory to the Convention on International Trade in Endangered Species of Wild Fauna and Flora (CITES) and says it is committed to the global effort to curb the illegal wildlife trade.