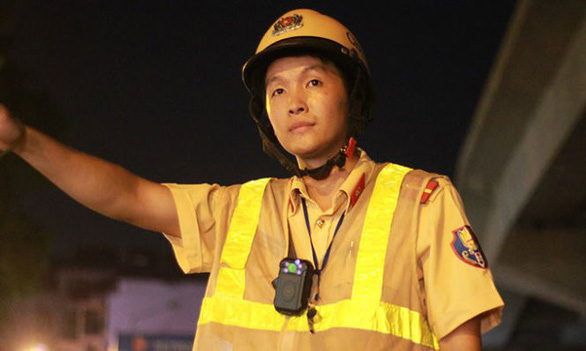 Officers under multiple traffic police units in Vietnam have been equipped with body-worn cameras to facilitate their missions, the Ministry of Public Security has said.

The devices are fitted to the uniforms of traffic police officers who perform their duty along expressways, waterways, and some localities throughout the country.

The cameras can be attached to their shirts or worn around the neck, said Senior Lieutenant Colonel Nguyen Quang Nhat, an official from the traffic police department under the Ministry of Public Security.

The wearable cameras have screens just like those in mobile phones and are designed with audio and video recording systems, Nhat elaborated.

They will be useful in recording officers’ interactions with the public as well as facilitating the supervision of traffic violations and safety, he continued.

The traffic police department will work on a plan and suitable procedures to maximize the function of the devices.

In the coming time, all traffic police officers in the country will be equipped with the body-worn cameras.

The plan was previously piloted at a traffic police unit in Hanoi.

The cameras were said to be effective and able to provide clear images, even under poor lighting.