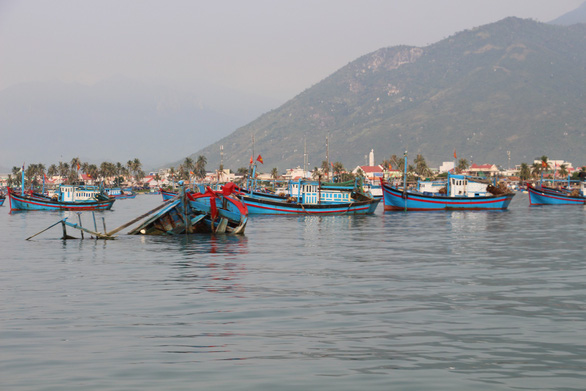 Three people were killed after a boat carrying 15 family members overturned off the south-central Vietnamese province of Khanh Hoa on Saturday morning.

Preliminary information showed that the group of people was traveling to Diep Son Island, part of Van Phong Bay in Van Ninh District, Khanh Hoa, on a fishing boat at around 8:00 am.

The ship belongs to Vo Hong Nguyen, 42, a local resident.

They were returning to the mainland at around 2:00 pm the same day when the boat capsized.

Fishermen who were operating nearby were able to rescue 12 out of the 15 victims.

The bodies of Phong and Thuy were then brought ashore, and a search for Toan was initiated.

An official from the provincial border guard unit confirmed on Saturday evening that eight officers and speedboats were mobilized to join the effort.

According to local authorities, the boat is usually used for inshore fishing and does not have any life jackets.

The family is acquainted with the boat owner, so he agreed to let them use his boat for their trip.