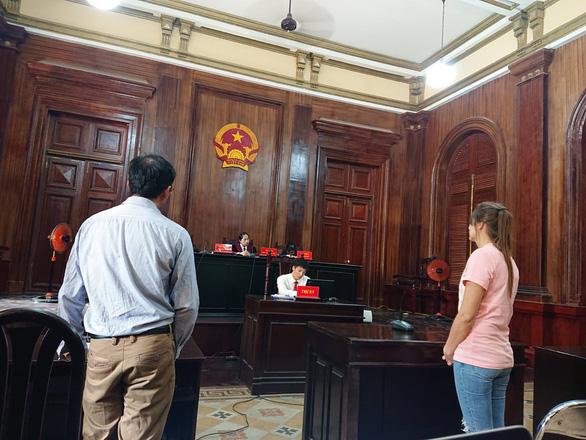 Russian woman gets three years for procuring in Vietnam

A Ho Chi Minh City court on Monday sentenced a Russian woman to three years behind bars after she was caught supplying local customers with foreign women for sex in January.

Prokofeva Elena, 28, was found guilty of “procuring prostitutes," a crime that carries a jail term of up to seven years according to the Penal Code of Vietnam.

Elena helped bring five foreign women, including two Ukrainians, one Russian and two others of unknown nationality, into Vietnam to work as prostitutes, according to court documents.

They agreed Elena would keep half of the women’s earnings as commission.

In January, three Vietnamese men got in contact with Elena through Zalo, a Vietnamese chat app, and asked her to supply them with three foreign women for sex.

They agreed on a rate of VND15 million (US$645) for ten hours of ‘service’ by each of the foreign women.

The Vietnamese men and three foreign women met for lunch at a restaurant in District 3, Ho Chi Minh City on January 22, where the foreigners were each handed VND5 million ($215) in advance payment.

They split up into three pairs after lunch and checked in at two different hotels in District 3 and District 1 for sex.

Elena was arrested the next day.

At Monday’s court, she pleaded guilty to the charge of “procuring prostitutes” while insisting that she had not known it was a crime in Vietnam.

The Ho Chi Minh City court gave Elena a jail sentence of three years – the shortest term possible for the crime – after considering her extenuating circumstances.