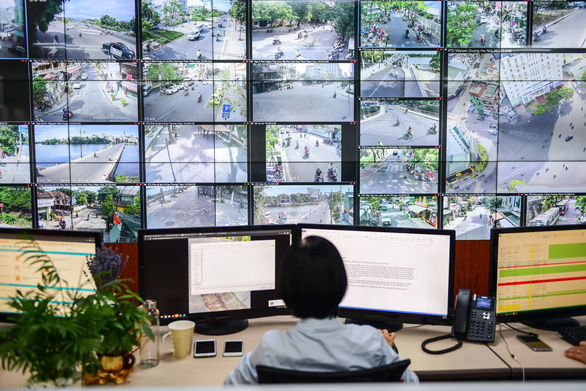 A Monitoring and Operation Center for Smart City was launched in the central Vietnamese province of Thua Thien-Hue last week, using a platform powered by military-run Viettel Group.

The center, which was opened on July 25, simultaneously runs ten smart city monitoring services to connect local authorities with citizens and businesses.

Among the smart city monitoring services are a platform that receives reports and complaints with photo and video evidence from individuals around the province, surveillance cameras to film traffic violations and monitor urban order and safety, and a public administrative service monitoring system.

The first service allows anyone to file a complaint about issues they see in the streets or in their neighborhoods, plus images and videos of the scenes of the incidents, to the provincial administration via the website of the center, which will transfer the reports to the right agency to handle.

The process of receiving and processing a complaint is made public on the website, so people can keep track of it until a result is released.

The Monitoring and Operation Center for Smart City of Thua Thien-Hue will continue to be expanded and improved by Viettel from now to 2020.

Viettel’s smart city monitoring and operation platform was recognized as the most creative smart city solution in Asia at the Telecom Asia Awards 2019 in June.

Similar Viettel systems have been implemented in Ho Chi Minh City and Hanoi since earlier this year, but Thua Thien-Hue is the first locality in Vietnam to have such a platform launched at the province-wide level.