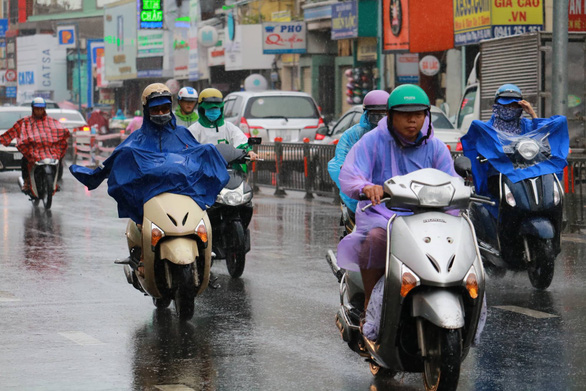 It is expected to rain in northern and southern Vietnam, while a heatwave is forecast to bake central provinces over the next days, according to the National Center for Hydro-meteorological Forecasting.

Under the influence of a monsoon, medium to heavy rainfall accompanied by thunderstorms will dampen southern localities, including Ho Chi Minh City, and the Central Highlands from September 9 to 13.

High temperatures in southern provinces will be between 29 and 32 degrees Celsius.

Meanwhile, average highs in the Central Highlands will be 26 to 29 degrees Celsius.

In northern Vietnam, heavy downpours and potential thunderstorms and hailstorms are in the forecast from September 9 to 12.

Rain will mainly occur in the evening and at night.

The highest rainfall, about 70 to 120 millimeters per 24 hours, will be recorded in mountainous provinces such as Lai Chau, Dien Bien, Cao Bang, Lang Son, and Yen Bai.

These areas will be at risk of flashfloods and landslides due to torrential rains.

In central provinces, a heatwave is forecast to raise temperatures to between 35 and 37 degrees Celsius in the next two to three days.