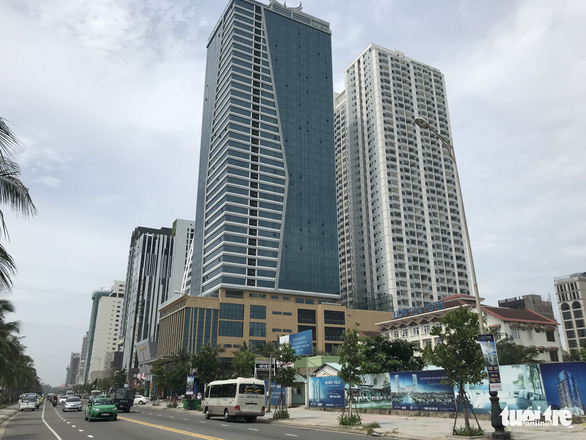 Muong Thanh Group, a well-known Vietnamese contractor, has been given one year to completely dismantle illegally built sections of one of its high-rise projects in the central city of Da Nang as per a recent request from local authorities.

According to the administration, Muong Thanh illegally adjusted the original design of the project to include an additional 104 apartments units, all of which have already been sold.

The violation was detected in 2017.

According to the municipal authorities' order, Muong Thanh has 365 days to demolish a large room on the 25th floor, eight rooms on the 35th floor, 26 rooms on the 41st floor, 23 rooms on the 42nd floor, and the entirety of the top two floors.

The combined area expected to be destroyed amounts to over 562 square meters.

The group has also been directed to restore the second through fifth floors to their original purposes as locations for a parking lot, a kindergarten, community house, swimming pool, and gym.

Currently, Muong Thanh has built 104 flats on these floors, leaving no space for such facilities.

City authorities also stated that Muong Thanh Group will be held responsible for the cost of the demolition.

Authorities will coercively enforce the demolition if Muong Thanh does not begin the job within 15 days of receiving the edict.

According to the original design, the Muong Thanh hotel and apartment complex includes 42 floors and a two-story basement, with the sixth through 42nd floors allowed to house apartments.