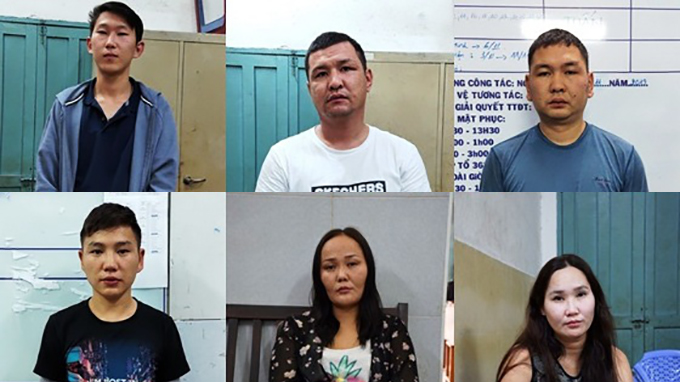 Police in Ho Chi Minh City’s District 1 said on Friday that they have detained a group of foreign pickpockets, comprising all Mongolian nationals, for stealing from foreigners downtown the city.

District 1 Police said one of their crime prevention units found Amarbold, Orgilsuren, Khosbayar, and Shinekhuu suspicious while patrolling around the intersection of Ly Tu Trong and Pasteur Streets on November 10.

The police officers secretly followed the four and caught Amarbold stealing an iPhone from the cross-body bag on a Japanese tourist on Ly Tu Trong Street while the other three kept a lookout from a distance.

The police task force quickly apprehended Amarbold as well as the lookouts on the spot.

The four suspects and evidence of their theft were then taken to the District 1 Police headquarters for investigation.

Two days later, on November 12, another Japanese tourist reported to the management of the Reunification Palace located in District 1 that he had lost a wallet from his backpack while visiting the site.

After reviewing footage from CCTV cameras, the management found Munkhtsetseg and Chimgee stealing the Japanese tourist’s wallet and alearted security guards to capture the two Mongolians.

The suspects were then handed over to the local police.

At the police headquarters, officers searched and seized a number of other stolen items from the two Mongolian suspects.

As both cases involved foreigners, the police department of District 1 said it had booked the suspects and sent their files to the Ho Chi Minh City Police for further investigation.