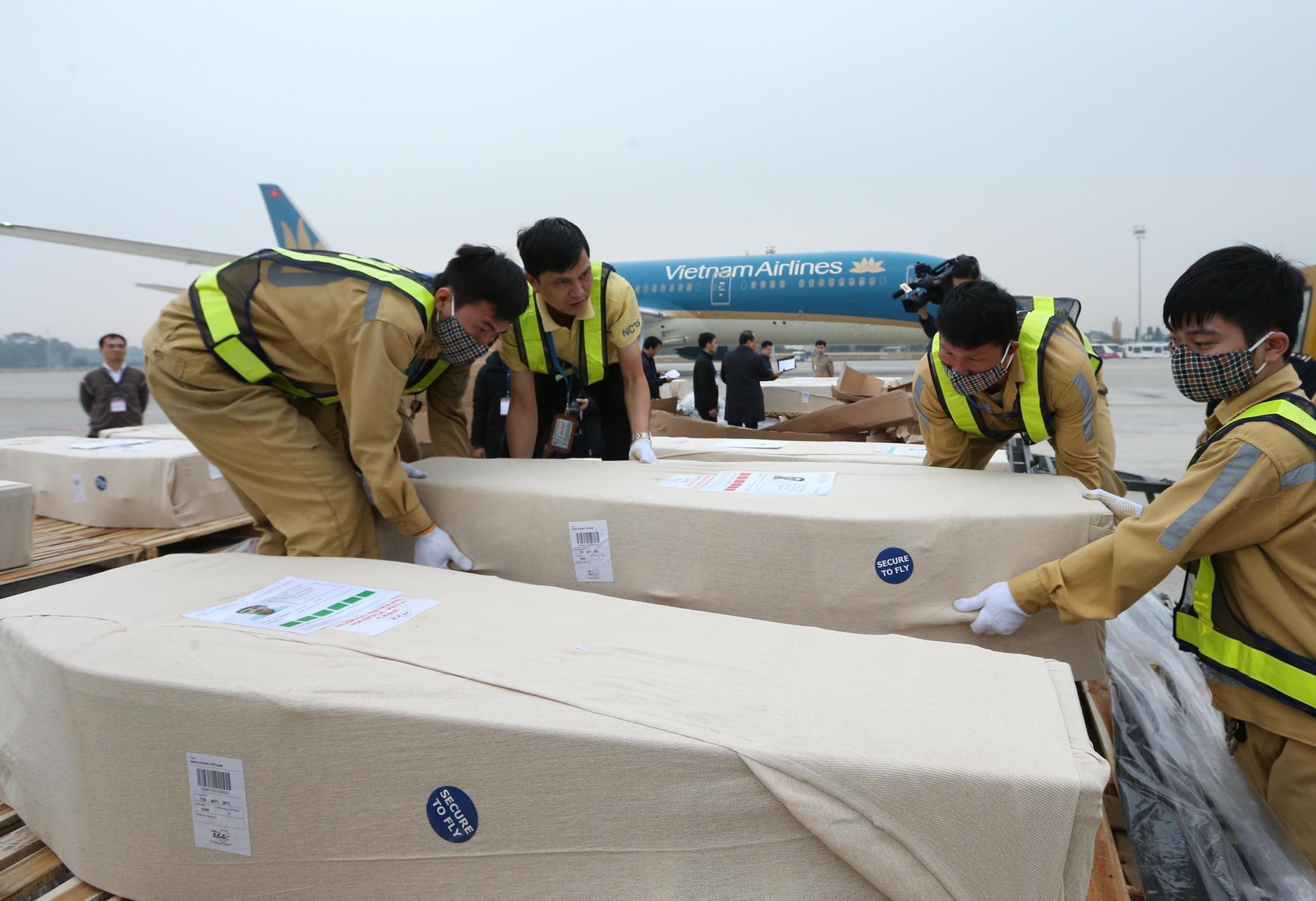 The bodies of 16 out of 39 Vietnamese victims found dead inside a truck container in Essex, the UK last month were repatriated to Hanoi on early Wednesday morning.

An aircraft operated by national carrier Vietnam Airlines transported the corpses from the UK to Noi Bai International Airport, according to the Ministry of Foreign Affairs.

The repatriation was carried out by the foreign ministry, in coordination with relevant agencies in Vietnam and the UK, following a directive from the prime minister.

Upon landing, the 16 bodies were then transported in ambulances to their respective families in the north-central provinces of Nghe An, Ha Tinh, and Quang Binh.

Representatives of the three provinces’ authorities were in charge of supervising the transportation.

Vietnamese authorities are still working closely with their British counterparts to repatriate the remaining victims.

Deputy Minister of Foreign Affairs Bui Thanh Son said on Monday that Vietnam and the UK had been waiting for legal procedures to be completed in order to bring the victims back home.

The repatriation could only be carried out after approval was granted by a British court, Son continued.

Most families wanted to receive the bodies of their family members, while the others asked for their loved ones to be cremated and their ashes returned to Vietnam, the official added.

The 39 bodies were found in the early hours of October 23 in the container of a trailer truck that had arrived in Essex from Zeebrugge in Belgium, according to UK police.

Vietnam’s Ministry of Public Security confirmed in early November that all victims were Vietnamese.

The oldest victim was 44 years old while the youngest was 15.

They were then found to be migrants trying to illegally enter the UK.