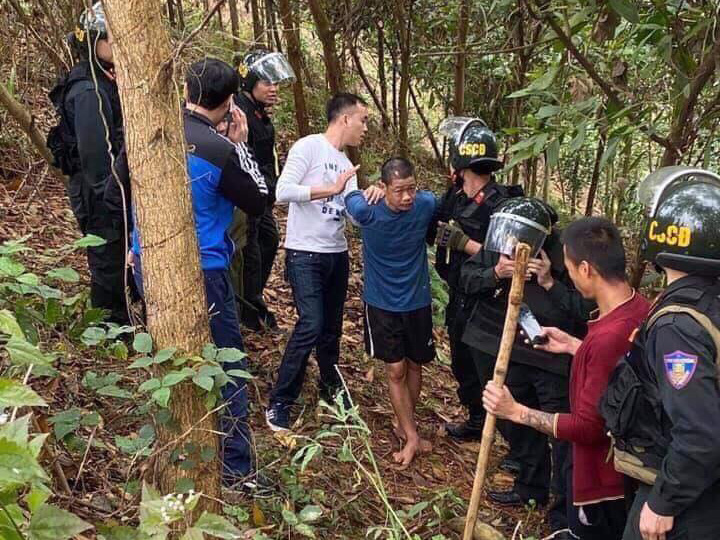 Police in the northern Vietnamese province of Thai Nguyen have arrested a man for allegedly murdering five people, including his wife, and critically injuring another while high on drugs.

Officers in Son Phu Commune, Dinh Hoa District in Thai Nguyen confirmed on Thursday morning they had nabbed Hoang Van Chin, 43, in relation to the murders.

According to Hoang Van Son, chairman of the People’s Committee in Dinh Hoa District, Chin first stabbed his wife, 43-year-old Ma Thi Huong, to death inside their home at around 5:00 am the same day.

Chin’s brother-in-law, 45-year-old Luong Van Banh, and five neighbors tried to interfere and ended up being attacked by the man.

Three of them were killed on the spot, while another succumbed to serious injuries at the hospital.

The remaining victim remained in a critical condition as of Thursday afternoon.

Luong Van Hoang, 53, is being treated for his serious wounds.

Following the massacre, Chin fled to a nearby forest and was arrested by police officers at around 10:00 am.

Preliminary information showed that the incident arose from conflicts between Chin and his wife, and the fact that Chin had consumed narcotics prior to the bloodbath.