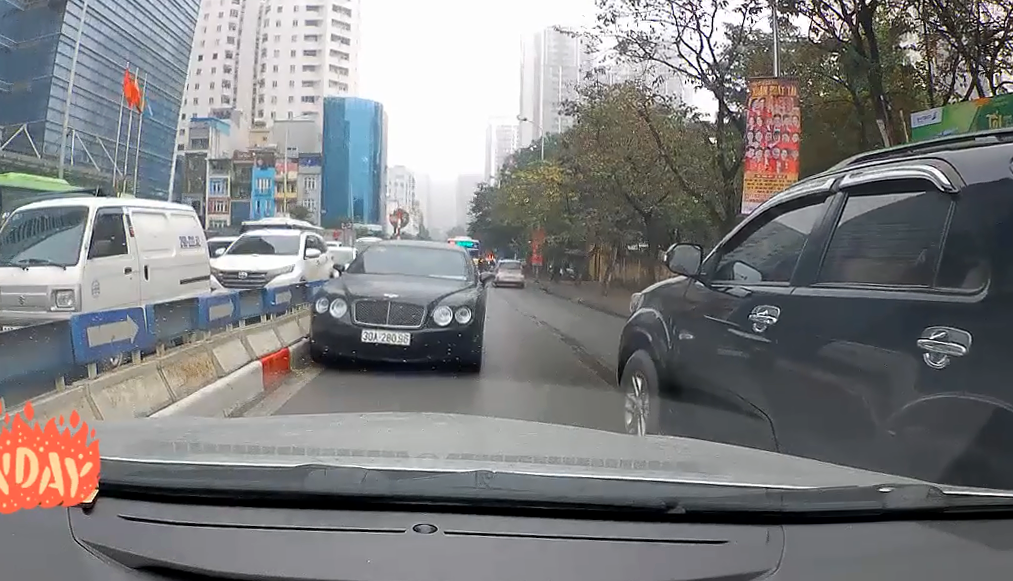 The driver of a Bentley car has been fined and had his driving license temporarily revoked for wrong-way driving in Hanoi last week.

The traffic police division under the municipal Department of Police confirmed on Monday that they had imposed a VND1 million (US$43) fine upon Nguyen Quang Huy, 35.

Huy also had his driver’s license revoked for two months.

He was the driver of the Bentley car that was caught on dashboard camera going on the wrong side of the road in the Vietnamese capital last week.

In the video clip, the Bentley driver also flashed his headlights, apparently signaling oncoming cars to make way for him.

After receiving a report on the incident, police officers launched an investigation and were able to confirm that the incident had occurred near Nguyen Tuan-Le Van Luong Intersection in Thanh Xuan District on December 23.

During a working session with traffic police officers, Huy claimed he was taking one of his employees to the hospital for a health check that day.

After passing the intersection, Huy said he decided to enter the opposite lane due to a serious traffic jam in the other lane.