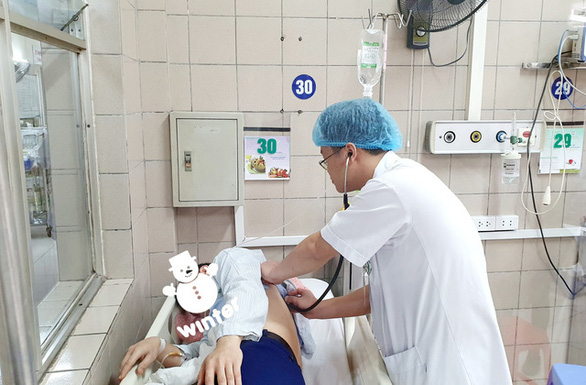 Vietnamese man cuts off own penis under influence of alcohol

A Vietnamese man has recently been admitted to the Viet Duc (Vietnam – Germany) Hospital in Hanoi with his penis chopped off due to his alcohol-induced psychosis disorders.

According to Bui Van Quang, a doctor of the hospital’s Center of Andrology, the man was hospitalized a few days ago after his penis was left with a sharp, swollen wound accompanied by large hematoma on the two scrotums.

Doctor Quang said that the patient is divorced, has two children, and has a medical history of untreated alcohol-induced psychosis disorders.

The 36-year-old patient told doctors that his injury resulted from a dog bite.

However, based on the state of the injury, the man’s medical history and information from his family, hospital doctors determined that he used a knife to cut off his penis himself.

They could not reattach the penis to his body as the cut-off part had not been preserved and brought to the hospital.

An emergency surgery, treatment of penis tip, and a urethra reconstructive operation were indicated on the patient instead.

The man’s health has been in stable conditions, according to Dr. Quang.

The hospital had treated several similar cases where the patients severed their penis or testicles due to alcohol-induced psychosis disorders, Nguyen Quang, director of the Center of Andrology, told Tuoi Tre (Youth) newspaper.

In such cases, the cut-off parts can be reconnected to the body if they are properly preserved and taken to the hospital within two hours, he elaborated.

Patients' families can protect the separated body part by wrapping it in a clean towel before putting it into an ice bucket to take to the hospital, he advised.