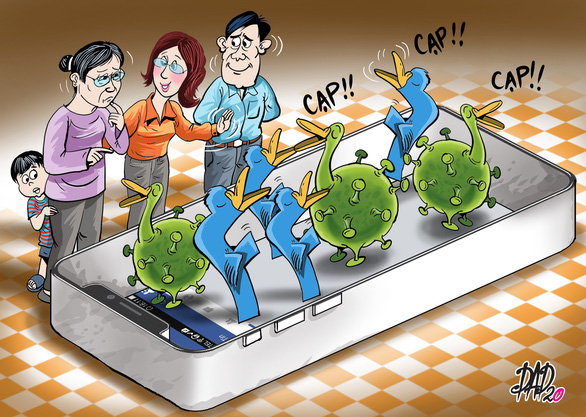 Vietnamese Prime Minister Nguyen Xuan Phuc has signed a decree stipulating sanctions against those spreading fake news and rumors on social media amid a deluge of online misinformation about the novel coronavirus (2019-nCoV) in the Southeast Asian country.

The new decree, which specifies fines in the fields of post, telecommunications, information technology, and radio frequency, will take effect on April 15, 2020.

Accordingly, an administrative fine of VND10-20 million (US$430-860), around 3-6 months’ worth of basic salary in Vietnam, can be imposed on people who use social networks to provide and share fake, untruthful, distorted, and slanderous information.

The penalties can also be imposed on those who provide or share publications that infringe upon intellectual property rights or are banned from circulation in Vietnam; images of maps that do not show or improperly display Vietnam's sovereignty; or links to banned content on the Internet.

The new decree replaces an older one issued in 2013, which does not contain any article on fake news.

Vietnam’s Law on Cyber Security, in effect since January 2019, prohibits the spreading of incorrect information which causes confusion among the people, damages socio-economic activities, creates difficulties for authorities and those performing their duty, or violates the legal rights and legitimate interests of organizations and individuals.

However, it does not stipulate specific sanctions against violators.

At least nine people have been fined and three celebrities asked to explain their actions over Facebook posts containing false information about 2019-nCoV, which has killed 492 people and infected over 24,500 others globally, mostly in China.

The viral outbreak first hit the Chinese city of Wuhan in December 2019 and has spread to other places across China and around two dozen other countries and regions including the U.S., France, Australia, South Korea, Japan, Singapore, Malaysia, Thailand, Vietnam, and more.