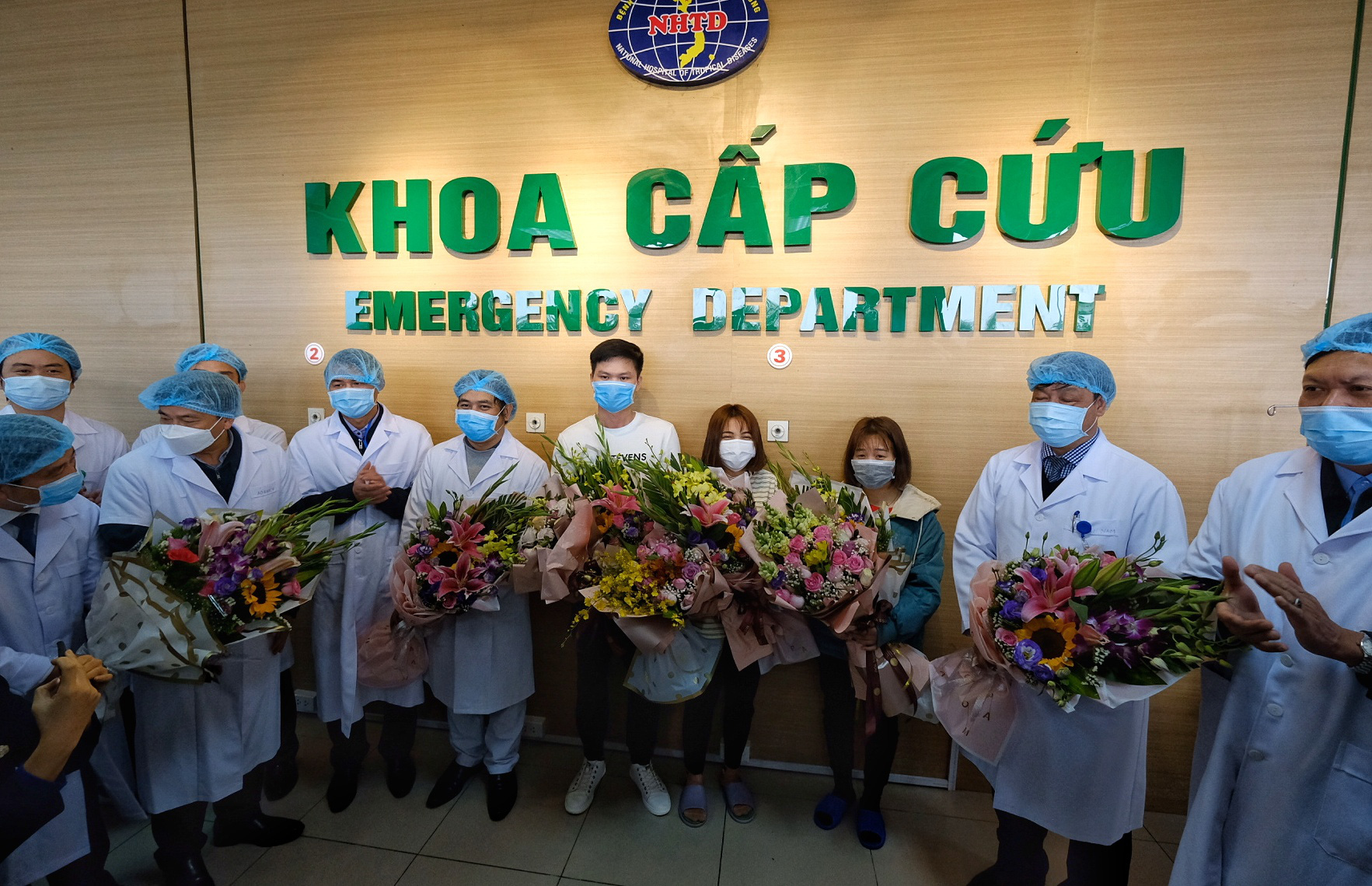 Three more people in Vietnam have recovered from acute respiratory infection caused by the novel coronavirus (2019-nCoV), raising the total number of successfully treated patients in the country to six.

The National Hospital for Tropical Diseases in Hanoi discharged three patients on Monday afternoon, after they had fully recovered from the disease caused by 2019-nCoV.

The patients, including two women and one man, all hail from the northern province of Vinh Phuc, who recently returned from a vocational training program in the central Chinese city of Wuhan, the epicenter of the 2019-nCoV outbreak.

Among them, N.T.D., 24, arrived at the infirmary and tested positive for the virus on January 25.

Following a 14-day course of treatment, she no longer has such symptoms as fever and coughing.

Doctors have performed two separate tests on D., both returning negative for 2019-nCoV.

His treatment at the hospital began on February 1 and was successful after 10 days.

V.H.L., 29, was admitted to the hospital on January 31 and tested positive for the novel coronavirus.

Her treatment ended after 11 days.

Authorities in Vinh Phuc Province have mobilized an automobile to transport the patients from the National Hospital for Tropical Diseases back to their hometown in Vinh Phuc, around 60 kilometers from Hanoi.

The novel coronavirus, which first surfaced in Wuhan in December 2019, has killed 910 people, of whom 908 were in mainland China, and infected over 40,550 globally as of Monday, according to the South China Morning Post.

It has spread across mainland China and to 27 other countries and regions, Reuters reported on the same day.

Vietnam has so far confirmed 14 cases, including 11 Vietnamese, one Vietnamese American, and two Chinese.

Among them, one Chinese and five Vietnamese have fully recovered and been discharged from the hospital as of Monday. They were all treated for free.

Nearly 500 people remained in quarantine in Vietnam because of 2019-nCoV as of Monday morning, including 83 cases of suspected infection and 392 asymptomatic cases isolated due to having recent close contact with high-risk individuals, according to the Ministry of Health.