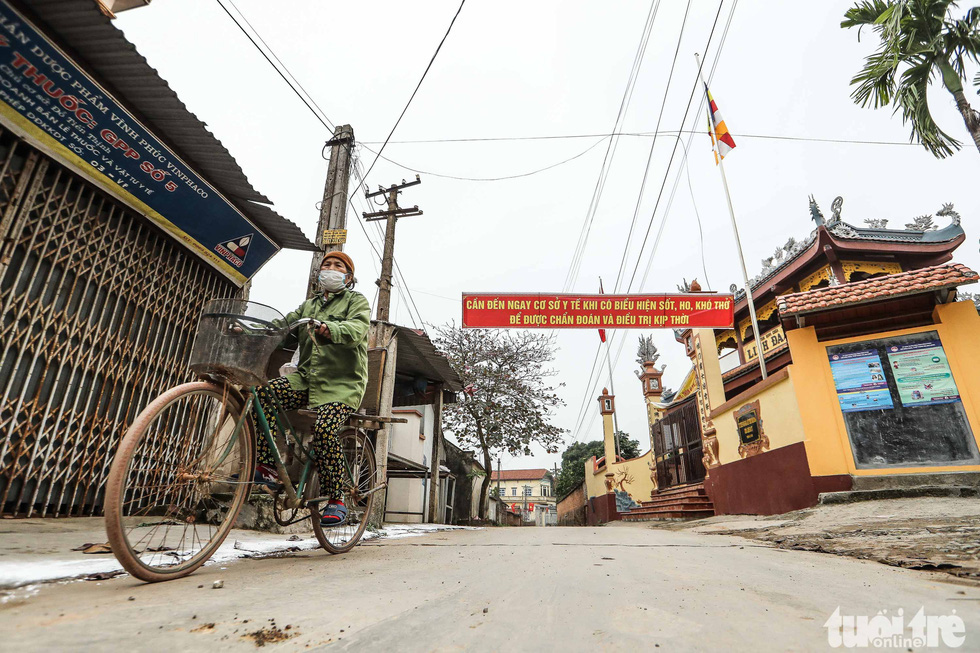 Authorities in the northern Vietnamese province of Vinh Phuc have decided to seal off an entire commune of 10,600 people in an effort to control the novel coronavirus disease (COVID-19) epidemic.

Vinh Phuc is considered the epicenter of the COVID-19 epidemic caused by the novel coronavirus in Vietnam as ten out of the country’s 15 patients are in the province.

Three people in Vinh Phuc have recovered so far.

Half of Vinh Phuc’s COVID-19 patients reside in Son Loi Commune, which has a population of 10,600.

Thanh said the isolation of the commune is necessary to protect the health of local residents.

During a meeting on Wednesday afternoon, the provincial People’s Council approved providing each resident in the commune with a daily stipend of VND40,000 (US$1.7), and an additional VND60,000 ($2.5) per quarantined household, during the isolation period.

The provincial Department of Industry and Trade is in charge of ensuring sufficient supply of necessities for people in Son Loi Commune during the isolation.

The novel coronavirus disease, officially named COVID-19 by the World Health Organization (WHO) on Tuesday, has killed 1,363 people and infected over 60,100 globally since it first surfaced in the Chinese city of Wuhan in Hubei Province in December 2019, according to the South China Morning Post.

Hubei reported a record rise in confirmed infections – by 14,840 cases – on Thursday under a new method for diagnosing cases, Reuters reported.

Vietnam has so far confirmed 15 cases of the viral infection, including 12 Vietnamese, one Vietnamese American, and two Chinese.