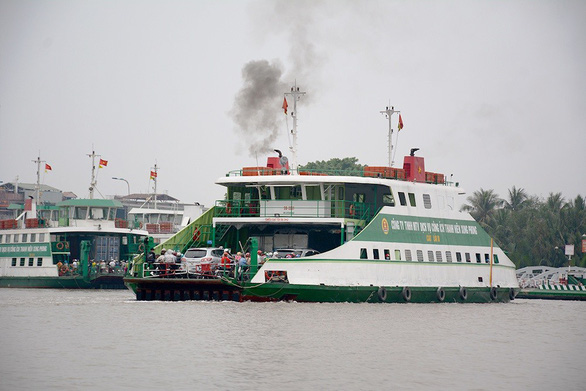 The Ho Chi Minh City Department of Transport has said a ferry route traveling from the city’s Can Gio District to Vung Tau City in the southern province of Ba Ria-Vung Tau will be put into service by April 30 this year.

The department said the ferry to be employed in the route is estimated to be 43.45 meters long, weigh 103 metric tons, and be able to accommodate 250 passengers, 100 motorbikes, and 20 cars or trucks.

The service will be operating with a frequency of 24 one-way trips daily between the Tac Suat ferry station in Can Gio and the neighboring beach city of Vung Tau, which is around 120km east of Ho Chi Minh City.

With the operation of the new ferry route, it will take only 30 minutes to travel from Can Gio and Vung Tau, compared to the current three-hour car drive.

The ferry route is also expected to help ease pressure on roads between the two destinations, particularly on the Ho Chi Minh City-Long Thanh-Dau Giay Expressway.

If all goes according to plan, people from the nearby Mekong Delta provinces of Long An and Tien Giang will be the main beneficiaries of the ferry service, saving 30-60 minutes traveling to Vung Tau.

The transport department believed that with the Can Gio – Vung Tau ferry going into service, alongside with the existing ferry routes such as Binh Khanh ferry which connects Ho Chi Minh City’s Nha Be District with Can Gio, and Can Gio - Can Giuoc ferry which links Long An Province with the Ho Chi Minh City’s outlying district, the city would better leverage its waterway passenger transport capabilities.

In addition, the new route is also expected to help promote sightseeing at tourist attractions in Can Gio such as Sac Forest and Vam Sat eco-tourism spot, making an important contribution to the city's economic and tourism growth.