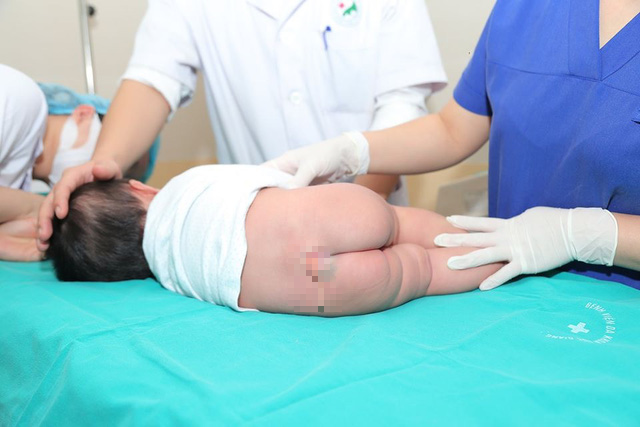 Doctors in Hanoi have performed a surgical operation to remove a 9.5-centimeter tail from a five-month-old girl who was born with the defect.

The young girl from Le Chi Commune, Gia Lam District was born with a human tail, which was 9.5 centimeters long and had a maximum diameter of four centimeters at the time of surgery.

According to Hoang Thi Phuong Lan, a senior doctor at Duc Giang General Hospital in Hanoi, the tail was not connected to the patient’s spine.

It does not have any bone or nerve, Lan elaborated, adding that the infant did not feel pain in her tail and could not move the body part either.

The tail did not cause any harm to the girl’s body as she had been eating and sleeping normally, the doctor continued.

However, the tail did become larger as she grew up.

Doctors at the infirmary carried out a surgery to remove the tail on February 27.

The young patient is now in a stable condition and will soon be discharged from the hospital.

It is quite rare for babies to be born with a tail as only about 35-40 similar cases have been reported globally, Dr. Lan stated.