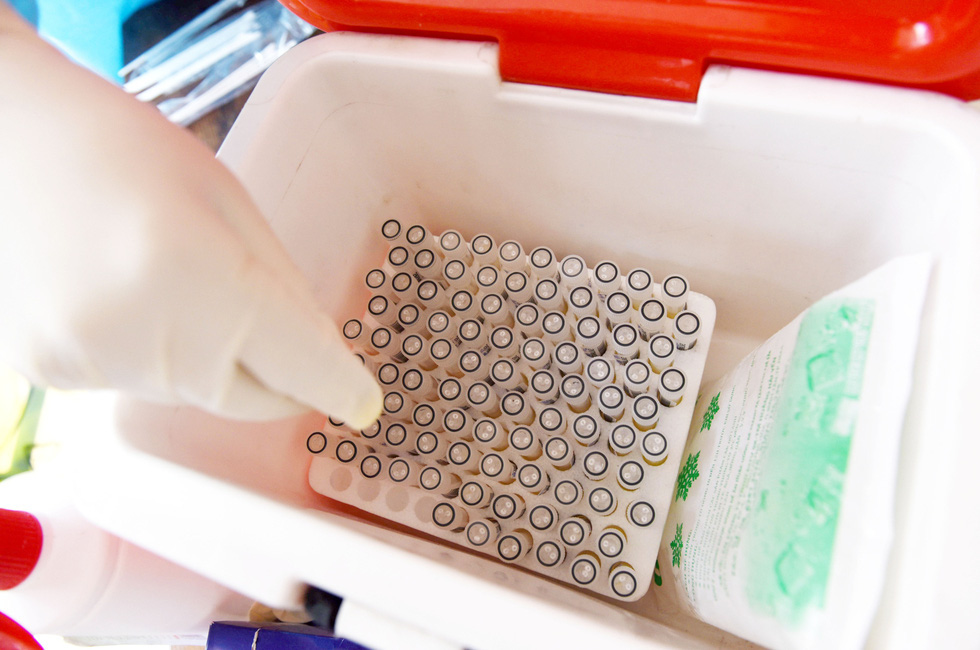 Vietnam’s Health Ministry confirmed three new cases of novel coronavirus disease (COVID-19) on Monday evening, including two from a cluster in a Hanoi village and one imported case in the north-central province of Ha Tinh.

Two of the new cases are women, aged 60 and 24, from Ha Loi Village in Me Linh District, Hanoi.

They were sampled on April 11 and the results came back positive for COVID-19 on April 13.

The patients are now treated at the National Hospital for Tropical Diseases in Dong Anh District.

Ha Loi Village has been locked down since April 7, as at least 12 cases have been traced back to this place to date.

The third patient is a 26-year-old Vietnamese man who traveled from Thailand to Vietnam via Cha Lo Border Gate in the north-central province of Quang Binh on March 23.

He was brought to a quarantine camp in Ha Tinh Province after his arrival and was sampled on April 8 and 12. The results returned positive for COVID-19.

He is now receiving treatment at Cau Treo Hospital in Ha Tinh.

The novel coronavirus, which first emerged in the central Chinese city of Wuhan in December 2019, has infected over 1.92 million people and killed more than 119,600 globally as of Tuesday morning, according to Ministry of Health statistics.

Vietnam has confirmed 265 COVID-19 cases in total, with 145 having recovered.