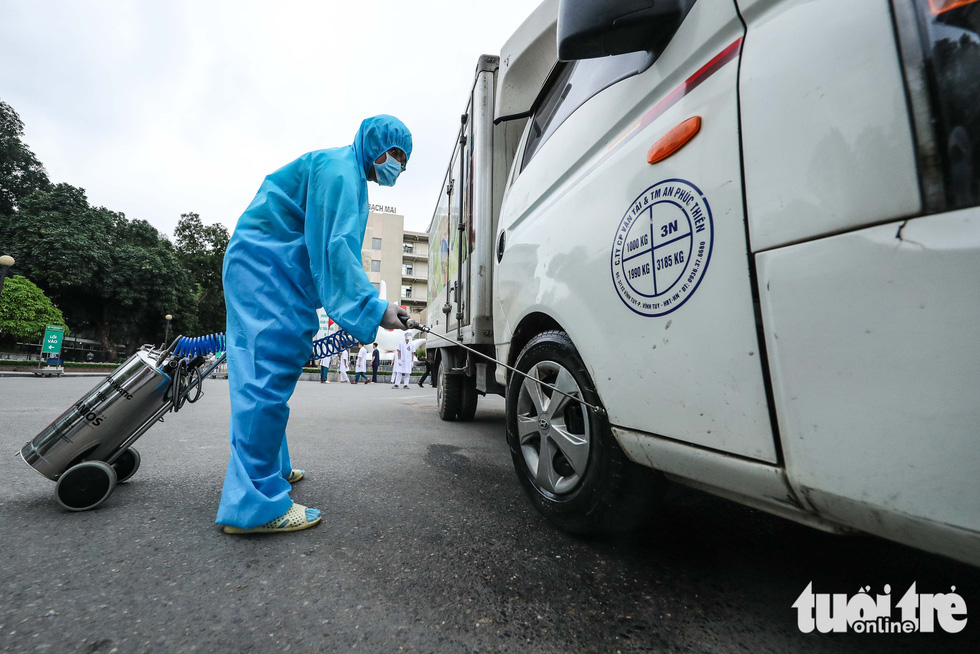 Hanoi has recorded two new cases of novel coronavirus disease (COVID-19) traced to two clusters at a major hospital and a local village.

The new patients were announced separately on Tuesday evening and Wednesday morning, raising the total number of COVID-19 cases in Vietnam to 267.

She began home quarantine on March 30 and was screened for COVID-19 on April 12. The result came back positive on April 14.

She is being treated at the National Hospital for Tropical Diseases in Dong Anh District, Hanoi.

Local authorities have identified 28 people who came into close contact with the patient.

A neighborhood of ten households with 60 residents in the capital city’s Thuong Tin District, where the patient resides, has also been locked down as a precaution.

Bach Mai Hospital is Hanoi’s largest COVID-19 cluster with over 40 cases associated with the infirmary so far.

The hospital was once locked down from March 29 to April 12 to control the spread of the disease.

Patient No. 267, a 46-year-old man, is linked to another COVID-19 cluster at Ha Loi Village in Me Linh District, Hanoi.

The man was brought to a quarantine camp on April 8 and started developing such symptoms as a fever, a sore throat, and fatigue on April 13.

His test result came back positive for COVID-19 on the following day.

The patient is receiving treatment at the National Hospital for Tropical Diseases.

Ha Loi Village has been fenced off since April 7, as at least 13 cases have been traced back to this place to date.

The novel coronavirus, which first emerged in the central Chinese city of Wuhan in December 2019, has infected over 1.99 million people and killed more than 126,600 globally as of Wednesday morning, according to Ministry of Health statistics.

Vietnam has confirmed 267 COVID-19 cases in total, with 169 having recovered.