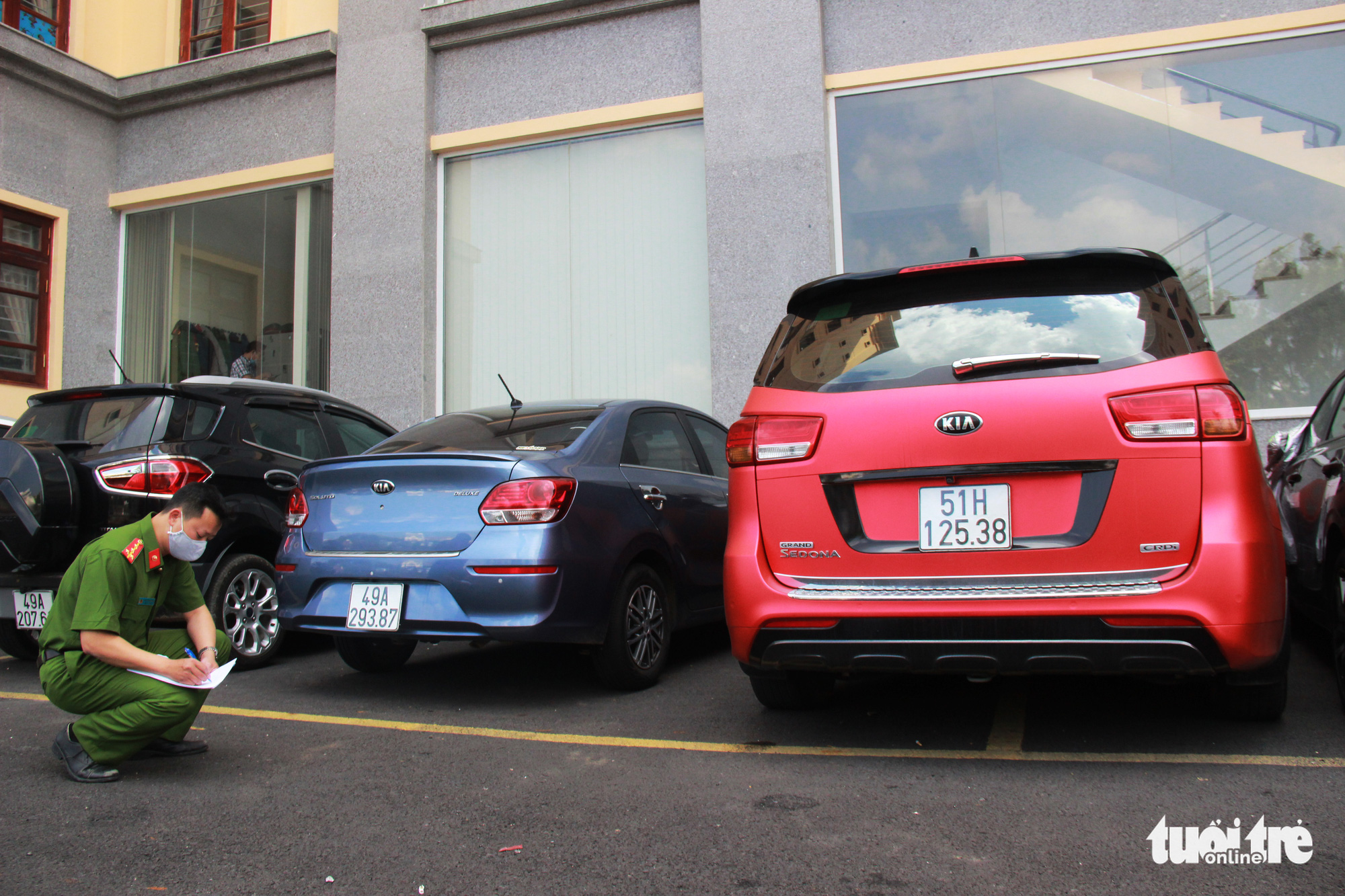 Police in the Central Highlands province of Lam Dong have exposed a fraud scheme targeting rental car businesses, taking their vehicles and then selling them online using fake documents.

On Wednesday, police in Lam Dong Province filed charges against seven men accused of forging identity documents to steal rental cars for sale through the Internet.

According to Colonel Pham Hong Tuan, head of the criminal police division under Lam Dong Police, the force has seized four cars as exhibits.

On March 19, officers received a crime report from Pham Minh Dung, a resident of Da Lat, which is the capital city of Lam Dong.

Dung accused Le Ngoc Hiep from Lam Dong’s Lien Nghia Town of failing to return a car he had rented from Dung.

Hiep hired a KIA Sedona from Dung on March 11, using a household registration book bearing Hiep’s name as a pledge, and promised to return the vehicle after four days, which he failed to do.

On March 15, Dung found out that Hiep’s phone number was out of service and the GPS tracker on his car was disabled.

The last location recorded of the vehicle was near the Saigon Bridge in Ho Chi Minh City.

Lam Dong police officers later discovered that there is not any man named Le Ngoc Hiep from Lien Nghia Town, concluding that it was a fake identity.

Officers were able to locate Dung’s car at the parking lot of a resort in the southern province of Ba Ria-Vung Tau under the possession of Ho Chi Minh City resident Duong Chi Hieu.

After further inspection, Hieu testified to having acquired the car for VND250 million (US$10,581) from a man called Tran Trung Kien.

The vehicle came with registration documents and license plate No. 51H-125.38.

After the purchase, Hieu recolored the car to fit the description on the registration documents by applying a layer of decals.

He also admitted to having prior knowledge of the car’s dubious origin.

At 9:00 am on March 24, Thao and three other suspects were arrested while attempting to sell another stolen car.

Thao later admitted his leading role in recruiting six other people for the fraud ring.

Their operation includes forging identification documents and using the forged papers to scam car owners via the Internet.

At least seven cars have been stolen by the ring members using the method.