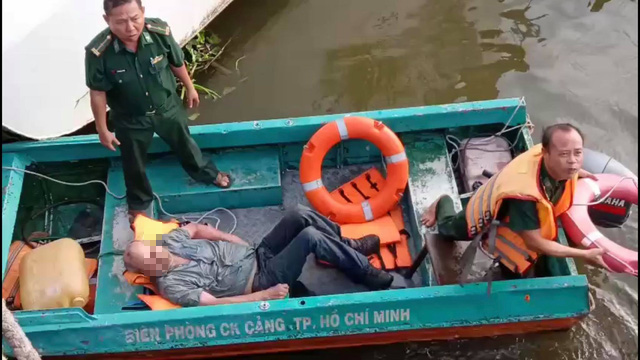 A United States national has been saved by border defense officers in Ho Chi Minh City after jumping into the Saigon River in an attempt to retrieve his passport which had been thrown away by muggers.

At around 6:00 am on Saturday, border defense officers patrolling the Saigon River received a report of a person trapped near Pier M4 of the downtown Bach Dang Wharf.

They were able to rescue the man and bring him to shore safely.

The victim was identified as Paul Gardiner Kehey, a 60-year-old U.S. citizen who works as a lecturer of English at the Bank University of Ho Chi Minh City and resides in Tan Dinh Ward in District 1.

According to Kehey’s account, he was on Dong Khoi Street at around 11:00 pm on Friday, after having grabbed a few drinks at an eatery on Hoang Sa Street that same evening, when he was approached by three strangers.

They mugged him off his passport, phone, house keys, and a wallet containing around VND3 million (US$130) in cash.

Kehey had chased after the muggers to Bach Dang Wharf when they threw his passport into the Saigon River.

The American man jumped into the river in an attempt to save his passport but was swept away by the current.

Kehey had apparently spent the night in the river before he was found by rescuers.

The U.S. citizen was given medical attention and food after the rescue.

He has been admitted to Cho Ray Hospital in District 5 for further monitoring and is now in stable health.

An investigation into the mugging is under way.