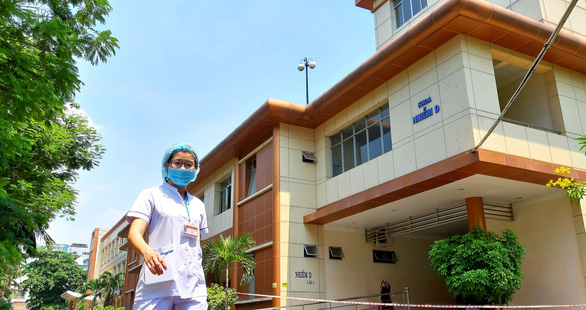 A 43-year-old British pilot, one of the only two serious cases of novel coronavirus disease (COVID-19) still receiving treatment in Vietnam, remained in a critical condition as of late Tuesday, according to an official report.

The National Steering Committee on COVID-19 Prevention and Control announced on Tuesday that the Briton, who is Vietnam’s patient No. 91, was on his 48th day of treatment for the respiratory disease.

Although the 43-year-old man had no fever and had consistently tested negative for the virus over the past days, he remained in a critical condition.

Lung ultrasound showed the man suffered from pneumothorax in his right lung and bleeding from his right chest tube.

The man was on life support in the form of extracorporeal membrane oxygenation (ECMO) for the 30th day and required a tracheostomy tube to assist in his breathing.

Hospitalized in Ho Chi Minh City since March 18, the British pilot, who works for Vietnam Airlines, is one of the two sickest COVID-19 patients in Vietnam still in treatment, with the other being patient No. 19.

Patient No. 19 is a 64-year-old Hanoi woman who has been treated for nearly two months and is improving from her previous critical condition.

The woman has not needed respiratory support from a ventilator since Monday, and has been able to make physical responses and communicate as her muscle strength has also been improved.

Vietnam has announced 271 COVID-19 patients so far, with only 39 active cases.