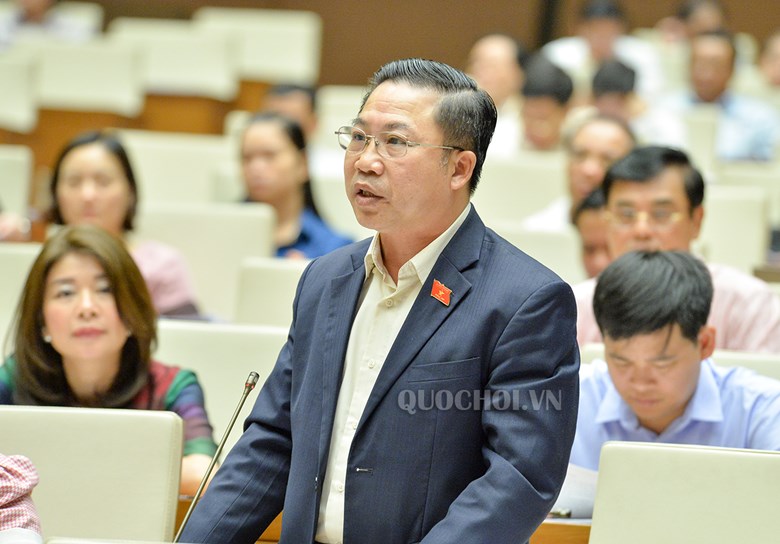 Two deputies of Vietnam’s lawmaking National Assembly (NA) are urging state and NA leaders to review a high-profile murder case in which a death row inmate’s sentence was upheld by the Supreme Court earlier this month despite alleged violations of due process.

Ho Duy Hai was just 23 when he was convicted of robbing and murdering two female poster workers, aged 21 and 23, at the Cau Voi Post Office in the Mekong Delta province of Long An in January 2008.

The sentence handed down by the People’s Court of Long An Province in December of that year landed him five years behind bars for the robbery and the death penalty for the double homicide. The verdict withstood an appeal made five months later to the High People’s Court in Ho Chi Minh City.

Hai’s initial execution date was set for December 5, 2014 until he was granted a stay by then-State President Truong Tan Sang just one day prior to the sentence being carried out.

Last week, after a three-day cassation trial in Hanoi, a 17-member jury, led by Chief Justice Nguyen Hoa Binh of the Supreme People’s Court of Vietnam, unanimously turned down an appeal made by the Supreme People’s Procuracy to void prior judgments and reopen the case for investigation.

The final ruling to uphold Hai’s sentence was made given the justices’ opinions that there had been sufficient grounds provided in the lower courts to convict Hai of the charges. The justices also said that the shortcomings exposed in the investigation, prosecution, and trial proceedings of the case did “not change [its] nature.”

A major hang-up for investigators has a combination of Hai’s retraction of his confession to the murder and claims made by his family that the original confession was made under duress from law enforcement.

Petitions against the court’s judgments

According to Nhuong, there has been severe public outcry about the judgment handed down by the Supreme Court’s jury, saying that the justices had violated the presumption of innocence and had based their verdict on accusatory thinking and views — a taboo in any criminal justice system.

The lawmaker also noted that while the jury had acknowledged several violations during the investigation, they had assumed the errors wouldn’t alter the nature of the case. Procedural errors made by investigators had not been objectively considered by the Supreme Court justices, Nhuong said.

Nhuong also cited questions raised by the general public related to the timing of the crime, the time of the victims’ deaths, errors made in taking fingerprint and blood samples, and the “elimination of other suspects” including the victims’ boyfriends.

Hai’s 57-year-old mother Nguyen Thi Loan told the local media that the prosecution’s case included several inconsistencies, including the fact that no time of death for the victims was ever established, the murder weapons had been misplaced by the forensic team, witness testimonies were inconsistent, and no matching fingerprints had ever been recovered from the crime scene.

According to Nhuong, there is no regulation that allows the 17-member jury to decide whether the appeal decision made by the Supreme People’s Procuracy was done in conjunction with the law.

As such, Party Chief and State President Trong should instruct relevant authorities to focus on getting to the bottom of the case, he petitioned.

He also suggested the country’s top lawmaker, Ngan, ask the respective chief justices and prosecutors general of the Supreme People’s Court and the Supreme People’s Procuracy — Nguyen Hoa Binh and Le Minh Tri — to brief deputies on the case during the NA’s upcoming conference on May 20.

Deputy Le Thanh Van, a member of the NA’s Finance and Budget Committee, also sent a petition to the NA.

Van called for either the lawmaking body or its standing committee to exercise supreme supervision over the proceedings of the Supreme People’s Court at the cassation trial of the case.

In the petition, he claimed the special court had failed to ensure the assurance of impartiality of officials given authority to institute or engage in legal proceedings, according to Vietnam’s Criminal Procedure Code.

Sharing the same view as Nhuong, the deputy also accused the jury of flouting the presumption of innocence.

He said the jury had imposed an unwritten rule which is not found in the country’s criminal law and criminal procedure by declaring that procedural errors do not change the nature of a case, setting a dangerous precedent that inadvertently encourages violations in criminal proceedings.

Lawyer Tran Hong Phong, a lawyer for the death row inmate’s family, said he had sent an application to the state president and had given a new alibi which may prove the innocence of the 35-year-old Ho Duy Hai.

The cut on the neck of a victim revealed that the killer must be left-handed while Hai is right-handed, according to the lawyer who has reviewed the case file, including autopsy reports and the inmate’s testimonies.