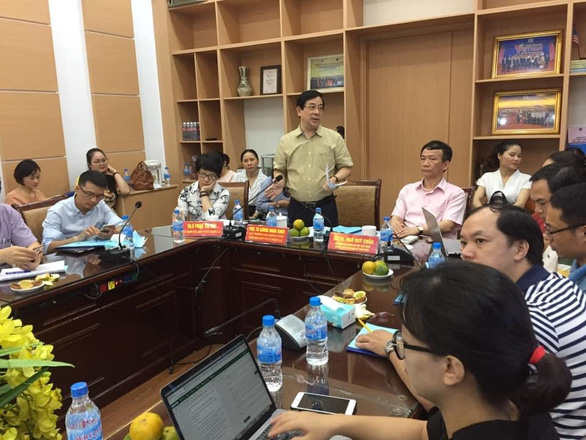 -- Vietnam reported no new COVID-19 cases on Friday morning, with the tally still standing at 324 patients.

-- Vietnam is weighing options to send a British pilot who is its most critical coronavirus case back to the UK after over two months of treatment. The patient has tested negative for the virus at least six times for the past two weeks.

-- A military court in Vietnam on Thursday sentenced Nguyen Van Hien, a former deputy defense minister, to four years in prison for his land-related wrongdoings while in office.

-- Temperatures are forecast to hover around 34-37 degrees Celsius in Hanoi and Ho Chi Minh City this week.

-- Bayer Vietnam Managing Director Lynette Moey Yu Lin was fined VND30 million (US$1,284) for sending documents including the illegal 'nine-dash line,' which China uses to absurdly claim nearly all of the East Vietnam Sea, to her staff, according to the Ho Chi Minh City Department of Information and Communications. She also had her phone taken away as she had used it to disseminate the documents.

-- Apple has reportedly shifted some of its AirPods Pro production to Vietnam from China, according to tech site The Verge.

-- Over 2,000 fake items of fashion were seized from sellers in the Old Quarter in Hanoi on Thursday, according to market management officials.

-- Almost 5.2 million people have caught COVID-19 while more than 334,000 have died of the disease, according to Vietnam's Ministry of Health.