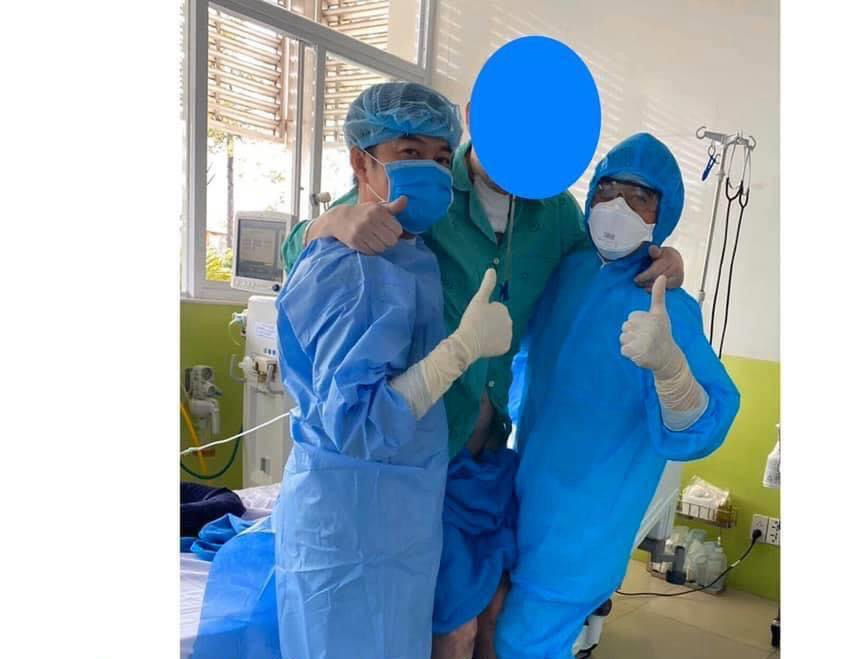 A British man, Vietnam’s most critically ill COVID-19 patient, has recovered most of his leg muscle strength and is able to practice walking with help from doctors at a Ho Chi Minh City hospital.

A representative of Cho Ray Hospital confirmed on Monday that the Briton has been able to stand up and walk with his doctors' assistance.

This is a significant improvement as doctors previously believed it would take a few more weeks for the patient to start walking again.

The muscular strength of his legs was graded 2/5 a few days ago.

However, a test on Monday showed that his leg muscle strength has increased to 4/5.

The British patient has regained most physical function of his arms and is able to speak and communicate normally.

After being cleared of the coronavirus following his treatment at the Ho Chi Minh City Hospital for Tropical Diseases, he was transferred to Cho Ray Hospital on May 22 with severely damaged lungs.

He has been making a remarkable recovery in the past weeks.

He was taken off his ventilator on Saturday, the Ministry of Health said, adding that a lung transplant, once considered his only lifeline, is no longer necessary.

Doctors stopped giving him antibiotics used to treat his other conditions on Monday.

The Ho Chi Minh City Hospital for Tropical Diseases has announced that the medical expense of his COVID-19 treatment at the infirmary from March 18 to May 22 had been paid by his insurance company.

Vietnam’s COVID-19 tally stands at 334, with 323 having recovered as of Tuesday morning.

It has been 61 days since Vietnam last documented an infection in the community.