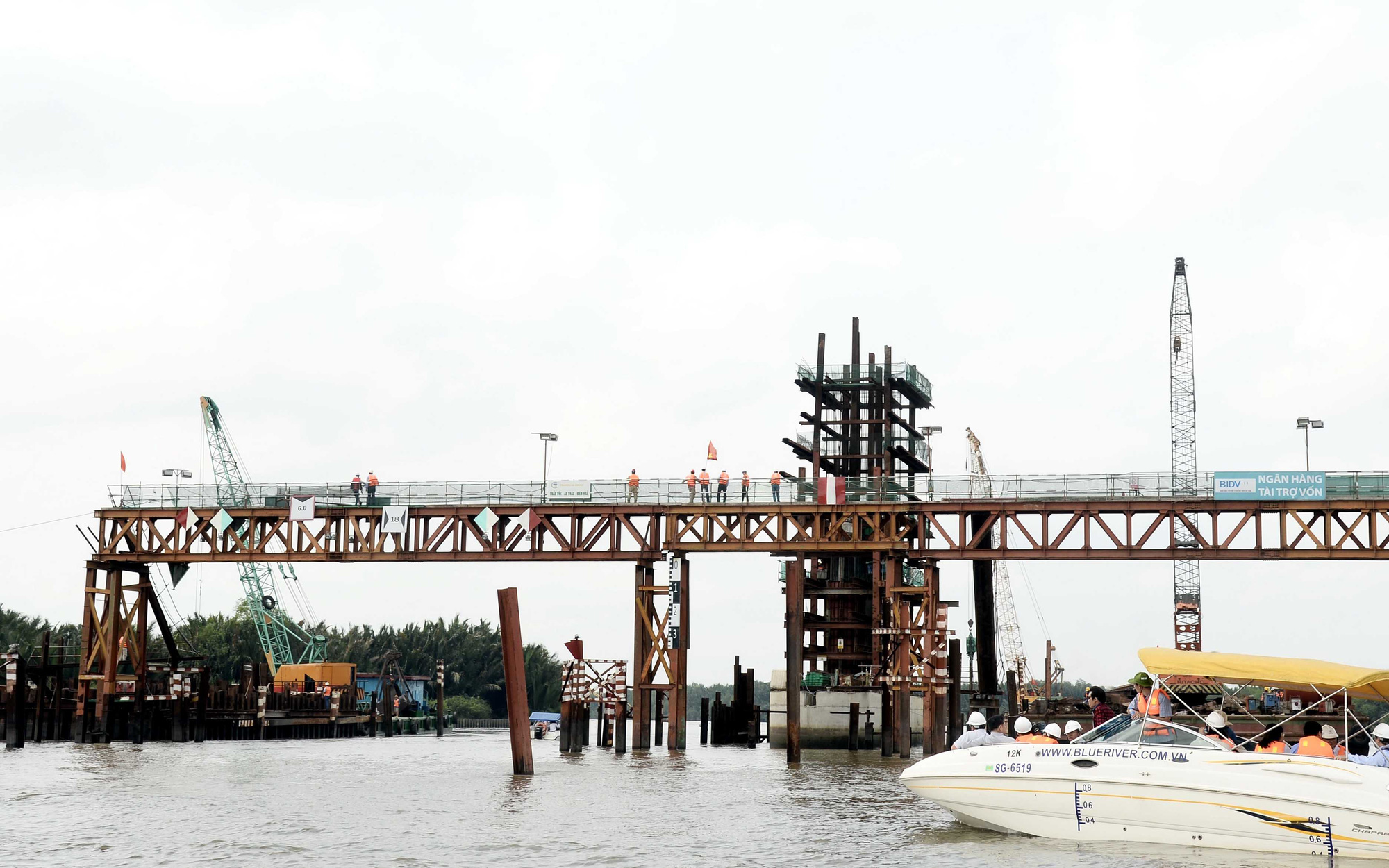 Authorities in Ho Chi Minh City are planning to more than triple the scale of its drainage system to 2,095 square kilometers from the existent 650 square kilometers in an effort to mitigate inundation in the southern economic hub.

The municipal People’s Committee has recently sent a document to the local Party Committee regarding the expansion of the drainage system, which it said is necessary for the city’s development.

The plan includes many projects that will be carried out until 2030, with a vision set for 2050.

The current system only covers 650 square kilometers, now becoming obsolete as it was part of a development plan established in 2001, according to the administration.

Local authorities are considering expanding the drainage system to 23 of the city’s 24 districts, with the outlying Can Gio district being the only exception, spanning an area of 2,095 square kilometers upon completion.

The plan will also study the project’s impact on neighboring provinces, including Dong Nai, Binh Duong, Tay Ninh, Binh Phuoc, and Long An in order to make necessary adjustments and yield optimal results.

The new system will be suited to the city’s urbanization process and facilitate the expansion of residential and commercial areas in District 2, District 9, District 12, Binh Tan District, and Tan Phu District.

It will take into consideration the impacts of climate change, sea level rise, and subsidence.

The new drainage system is hoped to gradually deal with flooding across the metropolis.

Urbanization has filled a lot of natural canals in the city, one of the primary reasons for frequent floods, according to Dr. Pham Viet Thuan, head of the Institute for Environment and Resources.

Statistics provided by Dr. Thuan showed that 35 million square meters of natural lakes and ponds were filled up between 1995 and 2015.

As it is now impossible to restore the lost areas, the most effective measure to mitigate flooding is dredging existing canals, the expert stated.

In some cases, new drainage canals can be dug but authorities must first take care of site clearance.

The construction of ecological lakes in residential areas in low-lying regions can be effective and feasible as well, Thuan elaborated.

“These lakes should cover an area of one to three hectares and should not be built with concrete to boost permeability,” he added.

It is necessary to understand the topography and terrain of the city to formulate a drainage plan suitable for the local water flow.

“We need to take nature into consideration to achieve sustainable development,” the expert stressed.

“Given the serious impact of climate change, the expansion should not just stop at 2,095 square kilometers. Authorities in Ho Chi Minh City and other localities in southern Vietnam should join hands in developing a drainage system for the entire region,” Cuong remarked.

The public and private sectors should provide the funds, he added.

The expansion plan will be financed by World Bank loans, according to the city’s Urban Infrastructure Construction Investment Projects Management Unit.

A consulting consortium including Denmark’s SWECO Company and Japan’s NIHON SUIDO Company is drawing up a detailed scheme for the expansion and it is expected to be completed by September.

The plan will then be sent to relevant agencies and experts for feedback before being submitted to the prime minister for approval.