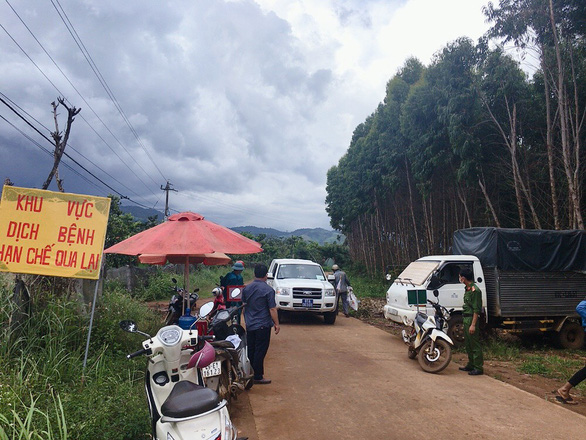 Nine of 24 people who had come into contact with a four-year-old boy in the Central Highlands province of Gia Lai who succumbed to diphtheria on Sunday have tested positive for the disease, raising the national tally to 37 infections with three deaths.

The new cases also sent the number of diphtheria patients in Gia Lai to ten, all detected in Bong Hiot Village in Hai Yang Commune of Dak Doa District, as of Sunday, according to Mai Xuan Hai, director of the provincial health department.

Previously, a four-year-old boy named V. in Bong Hiot started having a sore throat on June 28, before being hospitalized on July 3 and diagnosed with diphtheria.

His parents and neighbors were among the nine new diphtheria infections confirmed later on the same day.

All of the residents of Bong Hiot Village have been placed under quarantine to prevent the spread of the disease, according to Hai.

“In the immediate future, we will focus on screening and giving preventive antibiotic treatment to all people of Hai Yang Commune,” said Hai, adding that epidemiological inspections and zoning cases in close contact with patients or suspected infections for collecting samples will also be conducted.

The local health administration is reviewing the history of diphtheria vaccinations of its residents and is planning on giving the vaccine to them, asking for support from the Institute of Hygiene and Epidemiology of the Central Highlands.

Dak Doa District’s chairman Pham Minh Trung said that four checkpoints have been set up outside Bong Hiot to monitor all people entering and leaving the village while all students in Hai Yang Commune have been asked to stay home for a week starting Monday.

“Prevention [against diphtheria] will be carried out exactly the same as COVID-19,” Trung explained.

The latest diphtheria outbreak struck the Central Highlands region more than a month ago.

It has claimed the lives of three children so far, including two in Dak Nong Province.

Dak Nong has recorded 16 cases of diphtheria, the country’s highest to date.