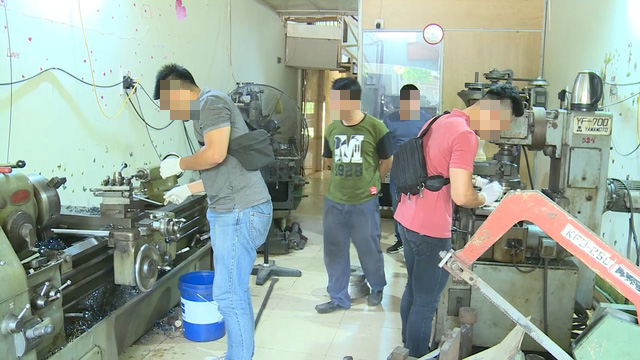 Police in the northern Vietnamese city of Hai Phong confirmed on Monday they had broken up a large-scale ring illicitly manufacturing various types of military-grade firearms.

Investigation was first initiated after officers discovered that 40-year-old Tran Quoc Tan had been illegally storing and trading military weapons.

Tan usually sold such products as K54 and K59 pistols and shotguns to buyers in Hai Phong and the northern province of Quang Ninh.

Investigators kept track of Tan’s activities and eventually found that the man had also been operating a facility specializing in the production of these weapons.

Officers raided the facility on Friday last week and found Tan and another suspect packaging two guns and several bullets ready for delivery.

Machinery and equipment used in gun manufacturing were seized while multiple gun parts and components were also found at the site.

Police examined an empty land plot near the facility and discovered a sack containing metal rods, springs, and metal pieces of different shapes and sizes.

At the police station, Tan claimed to have taught himself to make the weapons by watching YouTube videos.

The man then told Pham Van Huu about his plan and recruited him for the illicit business.