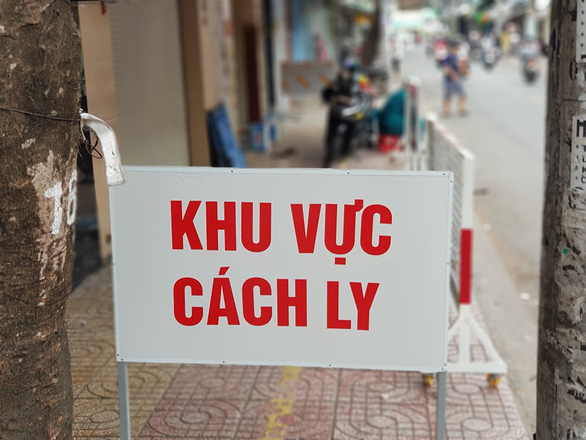 Vietnam on Friday documented a total of 82 COVID-19 patients, including imported cases, the largest daily spike since the virus first hit Vietnam this year.

All of the community-based cases are linked to Da Nang, which is the country’s outbreak epicenter now.

One hundred and four cases of the respiratory disease have been reported in Vietnam since Saturday last week, when the Southeast Asian country recorded its first community transmission after 99 days.

Eighty were diagnosed in Da Nang, 15 in Quang Nam, one in central Quang Ngai, five in Ho Chi Minh City, two in Hanoi, and one in Dak Lak, located in the Central Highlands.

Vietnam has logged 546 coronavirus cases since January 23, when its first-ever patient was confirmed, the health ministry said.

A total of 302 cases were imported and quarantined upon entry into the nation.

Recoveries have reached 373 while Vietnam’s first virus-related fatality, a 70-year-old patient with many underlying conditions, was announced on Friday afternoon.

Enhanced social distancing has been imposed on the entirety of Da Nang since Tuesday.

Hanoi on Friday decided to close down bars, karaoke parlors, and roadside drinks stores from Saturday to prevent viral spread.

Ho Chi Minh City authorities on Thursday ordered bars and discos to shut down from Friday until further notice amid new COVID-19 developments.

About 21,000 people have returned to Hanoi from Da Nang over the past days while the number in Ho Chi Minh City is 18,000.

Both cities are aggressively tracing these for coronavirus testing.

Vietnam is closing its borders to all foreigners but foreign experts and skilled workers are still permitted to make an entry, subject to government approval and mandatory quarantine.

The Vietnamese government has sent planes to bring back citizens stranded in other countries. They are all quarantined upon arrival.

Local authorities have detected dozens of Chinese illegally crossing the border into Vietnam over the past weeks.