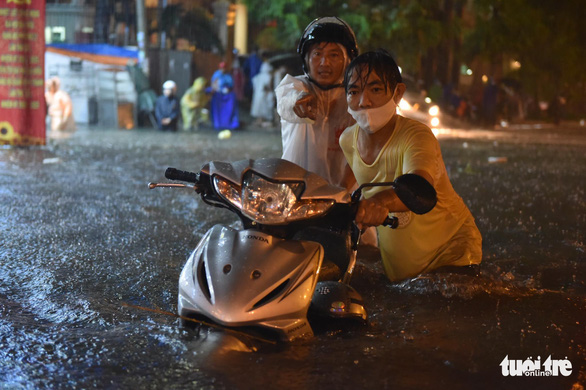 Heavy downpours are forecast to batter both northern and southern Vietnam on Wednesday evening, according to the National Center for Hydro-meteorological Forecasting.

In southern localities and the Central Highlands, torrential rain accompanied by thunderstorms and strong gusts will occur in the late afternoon and evening due to a southwest monsoon.

The monsoon will generate winds up to 20 kilometers per hour.

Average temperatures in southern Vietnam, including Ho Chi Minh City, will stay between 23 and 33 degrees Celsius on Wednesday.

Average temperatures in the Central Highlands will range from 20 to 31 degrees Celsius.

Prolonged downpours will also begin to dampen large areas in northern Vietnam from Wednesday evening due to a convergence of weather fronts.

The highest rainfall, about 40-70 millimeters per 12 hours, is expected in the northwest provinces.

Average temperatures in northern Vietnam will fluctuate between 23 and 36 degrees Celsius on Wednesday.

In Hanoi, it will remain sunny during the day and rainy in the evening, with average mecury ranging from 24 to 30 degrees Celsius.