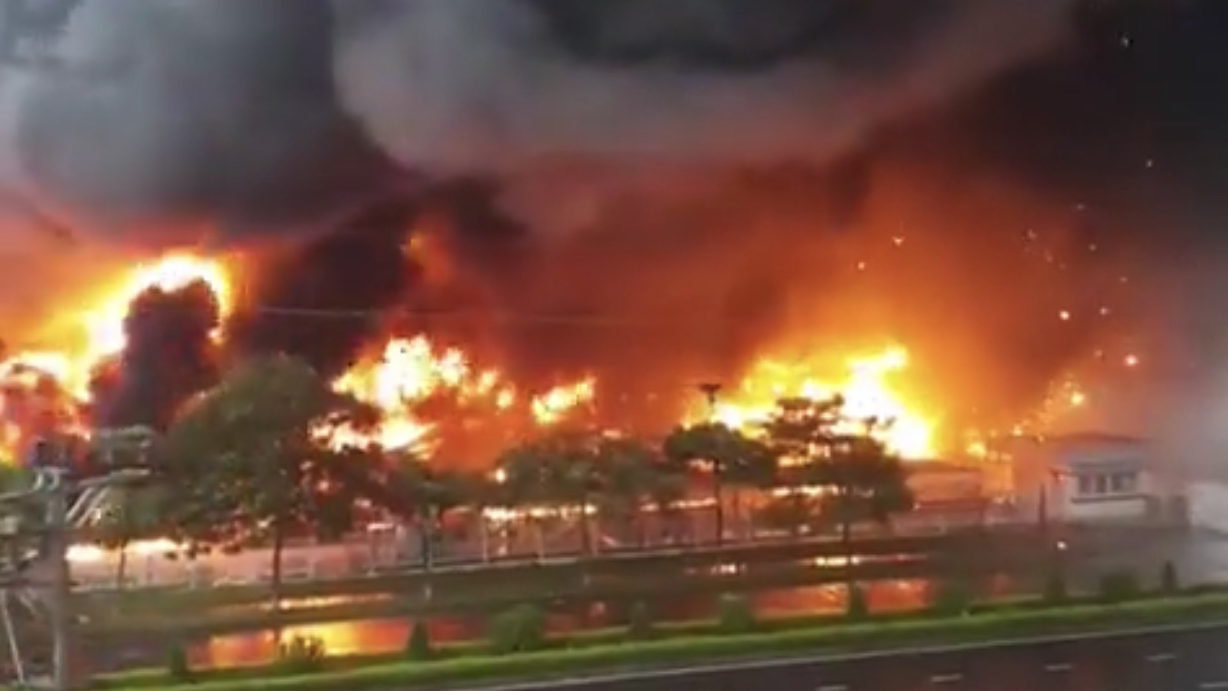 A raging fire consumed a 2,000-square-meter paint manufacturing workshop in the northern province of Bac Ninh on Thursday morning.

According to a preliminary inspection, the blaze first broke out at 5:30 am Thursday on the 2,000sqm premises of the paint manufacturing facility under Hansol CNP Vina Co. Ltd.

A black column of smoke was seen soaring up from the site of the fire.

Police officers, firefighters, and fire engines were dispatched to the scene. The situation was brought under control at around 7:00 am the same day.

The facility was completely destroyed in the conflagration, with its steel structure and metal roofing collapsing.

No casualties were reported, said the leaders of Yen Phong District.

Local authorities were spraying water at the building to cool it down and prevent the fire from reigniting.

A probe is underway to ascertain the cause of the fire and measure the damage inflicted, authorities said.