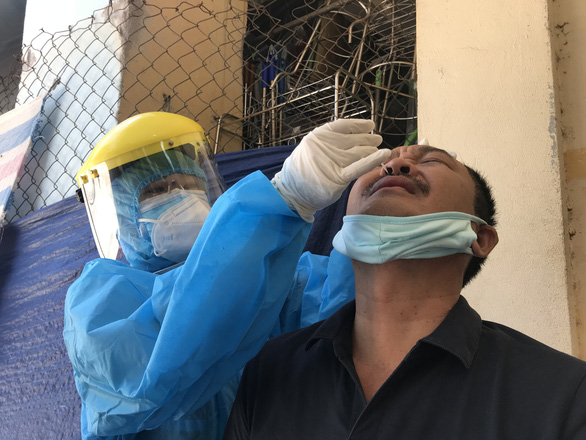 Da Nang to test representatives of over 71,000 households for COVID-19

Authorities in the central Vietnamese city of Da Nang will conduct mass COVID-19 testing on representatives of over 71,000 households over five days, starting Friday, according to a plan announced by the municipal People’s Committee late on Wednesday.

The representative can be the owner or one at the highest risk of COVID-19 infection in a household, such as people exposed to possible sources of infection and those who frequently have social interactions.

The selected representative must be over 18 years old and well enough to go to centralized sampling points.

Households with members who have been sampled for coronavirus testing since July 25 are exempted from this sampling plan.

Approval from district-level committees for COVID-19 prevention and control can be sought to take samples from such households if deemed neccessary.

People with symptoms of cough, fever, sore throat, shortness of breath, fatigue, body aches, chills, decrease or loss of taste and smell, or pneumonia in the last 14 days who have not been sampled must be taken to a medical establishment for immediate testing.

The mass screening is meant to trace any undetected coronavirus case in the community for prevention and early control, stalling the spread of the disease in the city.

Da Nang currently has 276,000 documented households, of which more than 51,000 households have had at least one member sampled for COVID-19 testing.

According to the plan, 71,424 households with no member having been tested for the virus will be sampled for group testing in the first stage of the mass screening between September 4 and 8.

Da Nang will consider plans for taking samples in the next stages based on the results of the first phase.

Vietnam has reported 1,046 cases of COVID-19 since January, including 691 domestic infections.

Among them, 551 local cases, mostly linked to Da Nang, have been logged since July 25, when the beach city reported the first domestic infection after the country had spent 99 days recording zero community transmissions.

So far, 746 patients have recovered from the respiratory disease while 35 have lost their lives.