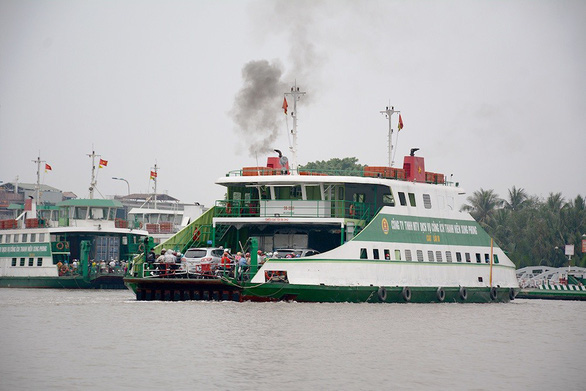 Can Gio-Vung Tau ferry to open before 2021

A ferry route connecting Can Gio District in Ho Chi Minh City and the southern beach city of Vung Tau is expected to be put into operation prior to January 1, according to the project developer.

Nguyen Quoc Chanh, director of Quoc Chanh Company – the project developer, told Tuoi Tre (Youth) newspaper that the inauguration date of the ferry route has been postponed due to the COVID-19 epidemic and difficulties faced during the construction.

“We are expediting the process so that the construction will be complete in December, and the ferry service will be put into operation before January 1,” Chanh elaborated.

According to Ngo Dang Qua Hai, an official from the Ho Chi Minh City Department of Transport, the construction of the ferry terminal in Can Gio District has been 90 percent complete, while the implementation at the Vung Tau station has been sluggish.

The transport departments in both Ho Chi Minh and Vung Tau Cities are closely coordinating to speed up the project.

Upon completion, a one-way journey along the Can Gio - Vung Tau ferry route will be about 15 kilometers long and take approximately 30 minutes.

Each ferry will be able to carry more than 250 passengers, 100 motorbikes, and 15 automobiles.

About 24 trips will be operated per day.

It was originally scheduled to open on April 30, but the date has been pushed back due to the impact of the coronavirus pandemic.