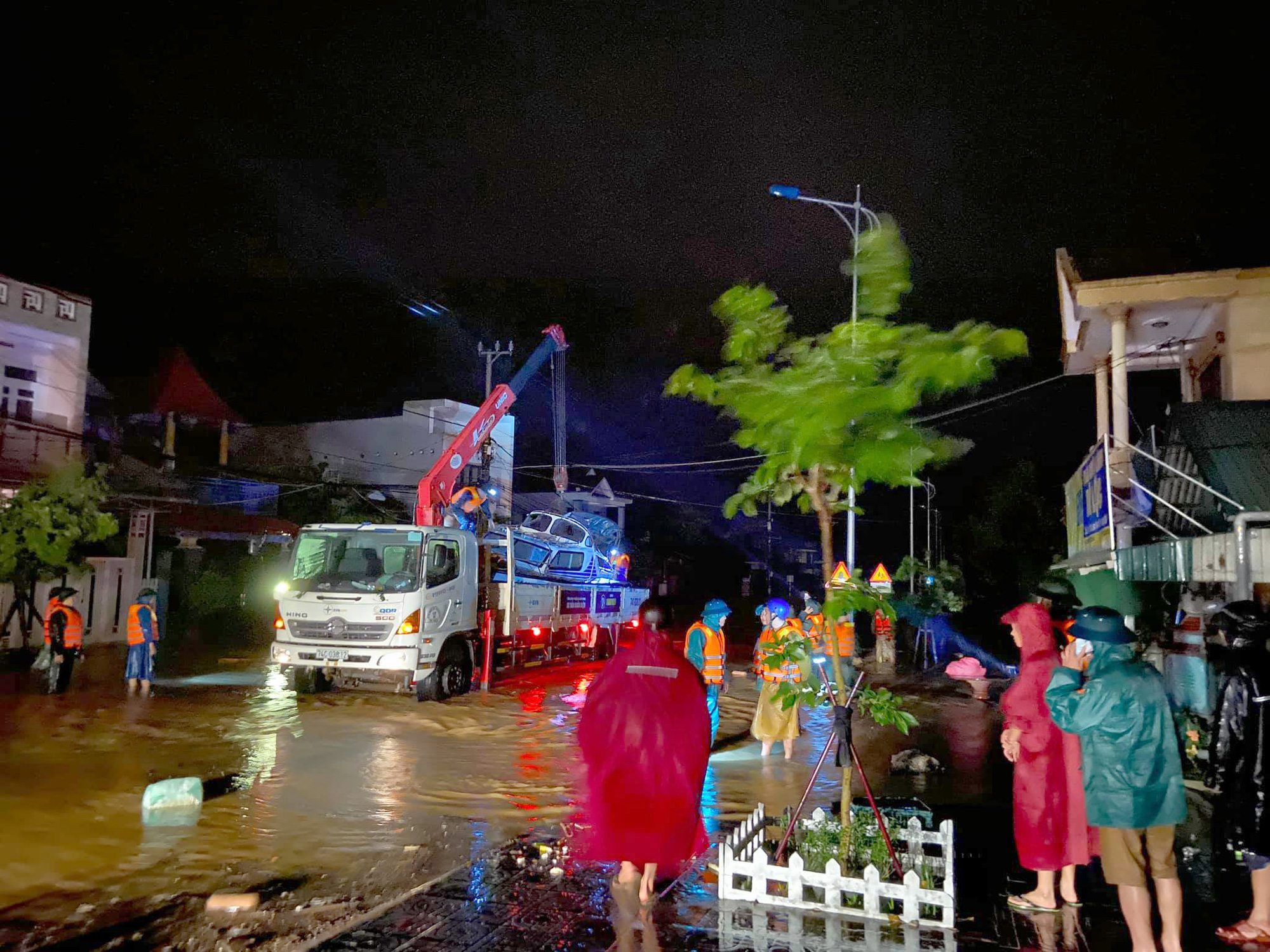 Many residents in the north-central Vietnamese province of Quang Tri posted their requests for help to Facebook on Saturday night and early Sunday morning after flooding triggered by prolonged downpours submerged many houses and caught many people off guard.

Ho Xuan Sinh, who lives in Cam Tuyen Commune, Cam Lo District – one of the province’s flood-stricken areas – stated that water levels in Hieu River reached an extreme height at 9:15 pm on Saturday.

Cam Tuyen Commune has been submerged four times due to continuous rainfall since early October.

Floodwater nearly reached the roof of Sinh’s house and his family had to stay in their special attic, which is often found in houses in flood-hit areas in central Vietnam.

If the water continued to rise, the family would have to break open the roof and climb on top of it, Sinh wrote in his distress Facebook post.

“We need rescuers to Cam Thanh Commune, Cam Lo District. Our house is locked and flooded, and we cannot get out. We have two children and many of us cannot swim. Please share our post as the emergency hotline could not be reached,” a user named Le Cuc posted at 11:00 pm.

At another house in Cam Hieu Commune, Cam Lo District, Le Tuyet said that seven children and two elderly people were stranded due to serious inundation.

Many other residents said they had to post their request for help on Facebook as the hotlines of local authorities were overloaded.

The National Center for Hydro-meteorological Forecasting reported on early Sunday that the water level in Hieu and Thanh Han Rivers in Quang Tri had exceeded the alarming level by 1.16-1.38 meters.

Water in the two rivers was forecast to continue rising on Sunday, while flooding in Thanh Han River was expected to top 7.7 meters, breaking its previous record in 1999 by 0.41 meters.

The weather center also warned of potential flash floods and landslides in Huong Hoa and Dakrong Districts and large-scale inundation in many other areas in Quang Tri.