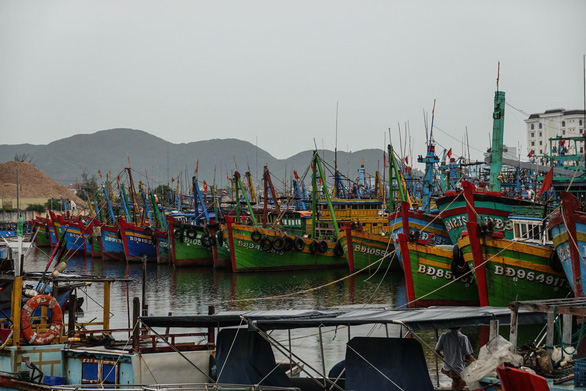 Around 30 minutes later, another boat found the location of fishing boat BD 96388 TS, but 12 fishermen were not seen on the vessel.

Khanh Hoa authorities asked all boats and ships operating in the area where the incident occurred to help search for the missing.

All 14 fishermen on the boat lost contact with the mainland. Their families have requested rescue.

The Vietnam Maritime Search and Rescue Coordination Center in Zone 4 tried to contact the two fishing boats but still failed as of Wednesday morning, according to the center’s director Nguyen Xuan Binh.

“We are making every effort but it remains impossible to send boats and forces to the place where the two sunk fishing boats are to search for fishermen due to strong waves and winds,” said Ta Quang Dung, deputy commander of the Border Guard Command of Khanh Hoa Province.