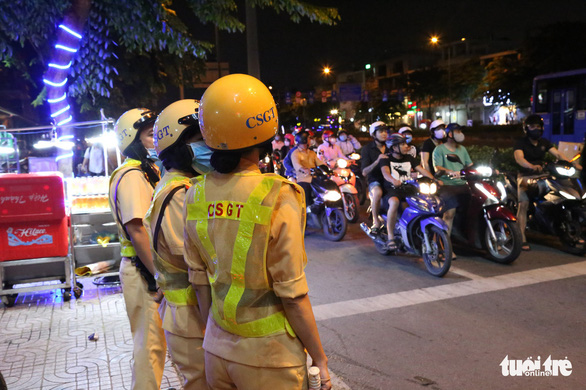 Plans are in place to install traffic surveillance cameras throughout Ho Chi Minh City, thus helping save police manpower deployed to handle violations, the city’s traffic police announced at a conference on Thursday.

In 2020, Ho Chi Minh City has chalked up more driving under the influence (DUI) cases than other Vietnamese provinces or cities, according to government statistics.

At one point, the city recorded 14,000 DUI cases in just one month, making up more than 25 percent of the total documented in Vietnam during the period.

“Strict penalties decreased the number. The city has also reduced the number of traffic accident casualties this year to 516, the lowest in 20 years,” Phong shared.

According to Phong, the city’s traffic police unit will promote the use of technological advances in traffic surveillance and catching violators.

“In the near future, all traffic violations will be handled via technological devices. This is a precise and science-based solution which will help reduce direct interactions between traffic police officers and violators,” Phong said.

According to Tran Quang Lam, director of the Ho Chi Minh City Department of Transport, the southern metropolis is the first administrative area of Vietnam to put a smart traffic monitoring system to use.

"Thanks to the adoption of technology in monitoring traffic, police and youth volunteers will have a much easier time managing traffic.”

“As the city’s population and traffic flow grow, it is essential that a scientific approach for monitoring road safety be in place," the city leader remarked.

"Therefore, Ho Chi Minh City will emphasize investments in an inter-provincial road system, as well as solutions for strengthening the public transportation system in order to reduce individual vehicle usage."