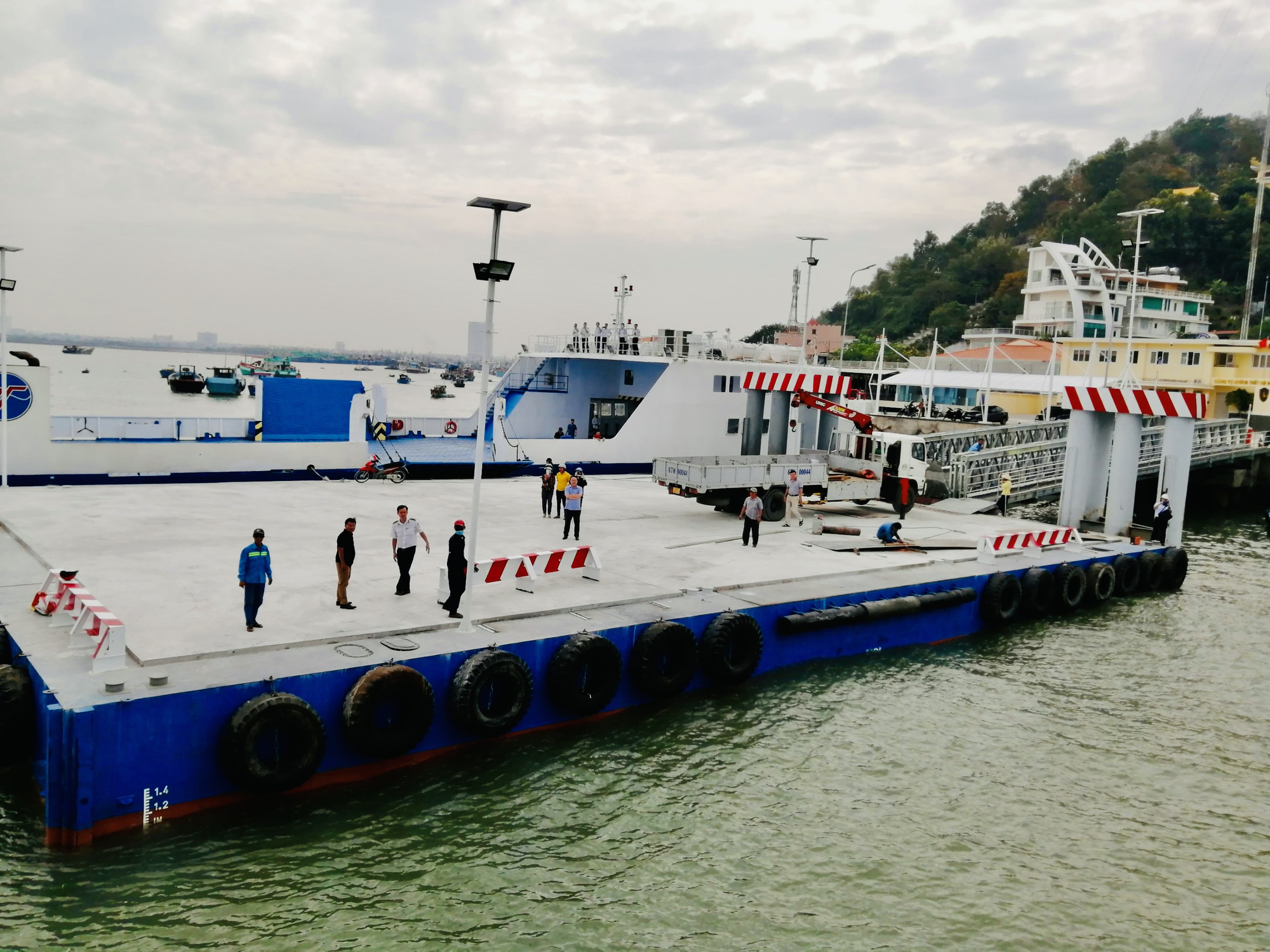 A ferry route connecting Can Gio District in Ho Chi Minh City and Vung Tau, a popular beach city in the southern province of Ba Ria-Vung Tau, is expected to be put into service on January 4.

The construction of both ferry wharves in Can Gio District and Vung Tau City have already been completed, according to Bui Hoa An, director of the Ho Chi Minh City Department of Transport.

On Tuesday, the transport department and relevant units coordinated a test run and technical inspection to prepare for the official inauguration of the ferry route.

Once put into operation, the Can Gio-Vung Tau ferry will offer service from 4:00 am to 10:00 pm every day, said Nguyen Quoc Chanh, director of Quoc Chanh Company – the project developer.

Each journey, stretching about 15 kilometers, will take approximately 30 minutes, Chanh elaborated, adding that a ferry can carry more than 250 passengers, 100 motorbikes, and 15 automobiles.

About 24 trips will be operated on a daily basis, he continued.

According to the pricing plan proposed by the Ho Chi Minh City transport department, tickets will cost VND70,000 (US$3) per pedestrian, cyclist, or motorcyclist.

Drivers of four-seater cars and pickup trucks will be charged VND350,000 ($15) per vehicle.

Funded by the private sector, the project is aimed at meeting demands for traveling and inter-provincial freight transportation, as well as facilitating the development of waterway tourism.

It was originally scheduled to open on April 30, but the date was repeatedly pushed back due to the impact of the COVID-19 pandemic.