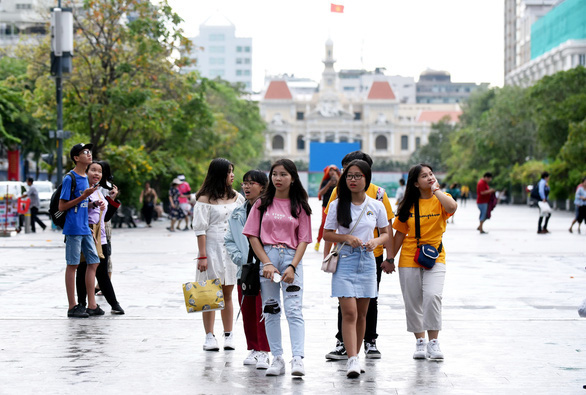 The findings of a survey carried out by the General Statistics Office and the National Institute of Nutrition in 2019-20 showed that the average Vietnamese man and woman have made noticeable improvements in height compared to 2010.

As many as 22,000 Vietnamese people under 25 years old living across the country participated in the survey from the end of 2019 to early 2020, according to Assoc. Prof. Le Danh Tuyen - general director of the National Institute of Nutrition.

The new average heights of Vietnam man and woman ranked fourth in the Southeast Asian region after Singaporeans, Malaysians, and Thai people, according to Truong Hong Son — deputy general secretary of the Vietnam Medical Association.

Vietnam has conducted height surveys on its nationals every ten years in recent decades.

Son attributed Vietnamese people’s average height improvements in the new survey to better nutrition, health care, and living conditions over the past 20 years.

Meanwhile, the previous survey was implemented on people who were born in 1990 and earlier, when Vietnam’s economy was still mired in multiple challenges.

According to the Ministry of Health, the height growth rate of Vietnamese people in the 1990-20 period is comparable to Japan’s golden period in height growth between 1955 and 1995.