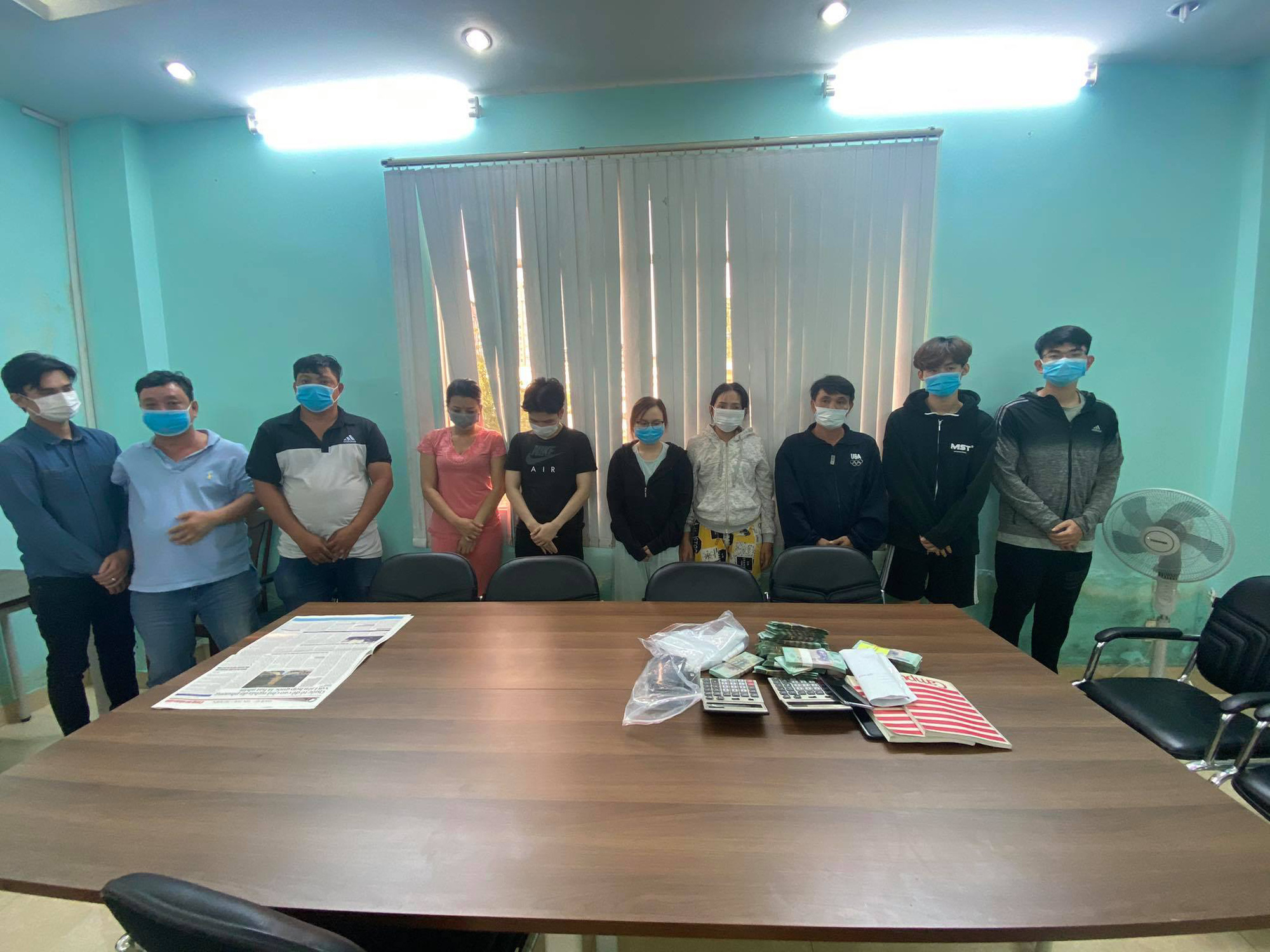 A source close to Tuoi Tre (Youth) newspaper confirmed on Thursday that officers under the Ministry of Public Security had apprehended Nguyen Nhat Lam, 38, Nguyen Ngoc Son – Lam’s 33-year-old brother, and 10 other suspects for gambling and organizing gambling.

Lam and Son are the leaders of the illegal ring.

Aside from capturing the 12 suspects, police also confiscated more than VND1 billion ($43,200), two bank cards, 21 mobile phones, two laptops, and other documents and devices used to operate the gambling racket.

At the police station, Lam and Son claimed they started running the illicit ring in Ho Chi Minh City in early 2020.

The brothers hired five other people and tasked them with technical work and making transactions with gamblers.

Multiple other suspects signed up to operate as lower branches of the gambling ring.

The criminals received betting orders from their gamblers via text messages or such mobile apps as Viber.

Gamblers would have to pay the ring 80 percent of their betting money when they lost.

If they won, they were expected to receive 75 to 5,500 times their betting amount.

Transactions within the ring were worth about VND300 billion ($13 million), according to preliminary investigation.